It's a brand new day, and you know what that means. A new chance to start the day informed.

Seesmic released a desktop application that allows you to manage multiple social media platforms. The tool, called Seesmic Desktop 2, will show you information from your Twitter, Facebook, Linkedin, Foursquare, Google Buzz, Ping.fm, Bit.ly and TwitPic accounts. It is available for both PC and Mac.

SCVNGR, a social media based game that integrates with Facebook's new Places feature announced that they had reached 100,000 downloads. This was spread across both iOS and Android enabled devices.

in3Depth Systems had raised $10 million in funding for the development of a motion based gaming system. The funding round was lead by Belgacom, Hunza Ventures and SRIW Techno.

The New York Times announced yesterday that it's working on a personalized social news service called News.me. The creation itself will be handled by Betaworks.

Twitter launches a microsite for Fashion Week. Integrating feeds from places like @AskBobbiBrown and @Bergdorfs along with any tag marked with #nyfw. This is similar to the micro-site they created for the last World Cup.

Expensify, a company that makes online software to create expense reports, announced today that they have raised $5.7 million in capitol in its B Series of funding. The round was lead by Redpoint Ventures.

Game sales drop in August. According to a report by NPD, game sales have fallen 10% last month. This dip was attributed to both a lack of console buys and no real flagship games released in August. 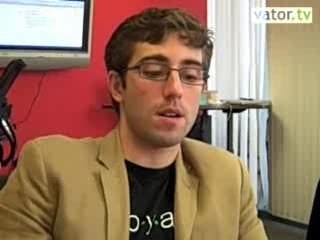