News.me is expected to launch later this year

Betaworks, which has served up such tasty techno morsels as Bit.ly, a URL shortening service, and SocialFlow, a microblogging service for businesses, is working with The New York Times to cook up a new personalized news service called News.me.

The site, which is not up just yet, has been in development for the past six months and is expected to be released later this year, although Betaworks’ CEO John Borthwick said in an interview with The New York Times that it will initially launch as an iPad app before moving to a Web version.

The company has kept mum on what the site will actually offer, but Michael Zimbalist, vice president of research and development at The New York Times Company, has said that they have been tracking trends on the Web and in social media.

“We’re abstracting from that a vision of how social sharing and the real-time Web are going to influence the news consumption experience,” he said, in an interview with the Times. “We decided to develop a prototype that we thought was illustrative of where the world was heading.”

While there is yet no word on how the site will operate, other personalized news services may provide a glimpse into News.me’s future.  iCurrent, founded in 2006 by Ramana Rao, is one such service.  Seeking to provide a customized news experience similar to Pandora’s personalized music selection, Rao created iCurrent with the aim of tailoring news to the reader.  Essentially, instead of laying out the day’s top news stories for the reader to sift through, the site caters to the reader’s interests to deliver news that is relevant to that reader.

And iCurrent has seen the pay-out.  The Web site began developing in 2007 and raised $3 million in series A funding from Crosslink Capital before releasing in a private beta version in October 2009.  In July 2010, less than one year after its beta launch, the company was acquired by none other than news titan The Washington Post.

Other similar services include Kosmix's Meehive and YourVersion, which is a broader personalized Web content provider, which goes beyond the news to include video and Tweets, among other features.  Users simply identify their interests (the site provides options, like Barack Obama or the Bible—or both), and the site provides a listing of relevant and recent blogs, tweets, news stories, videos, and Web pages.  Founded in 2007, the company is expected to become profitable next year, and it has already been recognized by several organizations.  It was a Vator Splash finalist last February.

“The problem that we’re trying to solve is that the amount of content out there on the Web far exceeds the amount of time we have to find it and actually read it,” said YourVersion CEO Dan Olsen at the February Vator Splash.

The move to personalize news content follows on the heels of other businesses that already made that leap, such as Amazon, which was one of the early movers and shakers in the field of personalized e-commerce with its “people who bought this item also bought this” feature.  The site now goes beyond buying statistics to bring users relevant content based on items they have previously viewed in addition to items they have purchased.

Other companies picked up this personalization model, including Pandora, which uses the listener’s music interests to create personalized playlists based on similar tunes.  And listeners can continue to mold and fine-tune playlists by clicking on a “like” or “dislike” button for each song.  Created in 2000, Pandora now has over 38 million registered users and continues to add another 500,000 each week.  The company is currently on track to hit $100 million in revenue this year.

It's also worth noting that Pandora, like iCurrent, was also backed by Crosslink Capital. In fact, it was Jim Feuille of Crosslink who convinced Pandora's management to make the service free (at the time the site charged users a monthly $3 subscription fee).  In an article he wrote for the New York Times, Peter Rip of Crosslink Capital wrote: "Asking me what I want is a radical idea in media. It inverts the role of the publisher and the audience. We at Crosslink Capital see a bright future for these new, inverted media models."

Betaworks could not be reached for comment, but in a previous interview, Borthwick said, “We’re building something wonderful and amazing in the social news space.”

Indeed, if sites like iCurrent, YourVersion, Meehive, and Pandora are any indication, the move toward personalized news content is a smart one.

YourVersion is a real-time discovery engine that continuously discovers new and relevant web content tailored to your specific interests. You can then easily bookmark and share pages via email, Facebook, or Twitter. YourVersion also offers an optional Firefox browser toolbar and a free iPhone app. YourVersion harnesses collective intelligence using explicit and implicit attention data, so that the results grow increasingly better as more people use the system. YourVersion launched at the 2009 TechCrunch50 Conference where we won the People's Choice Award. We also won the People's Choice Awards at FailCon and the Play Berkeley Digital Media Conference. 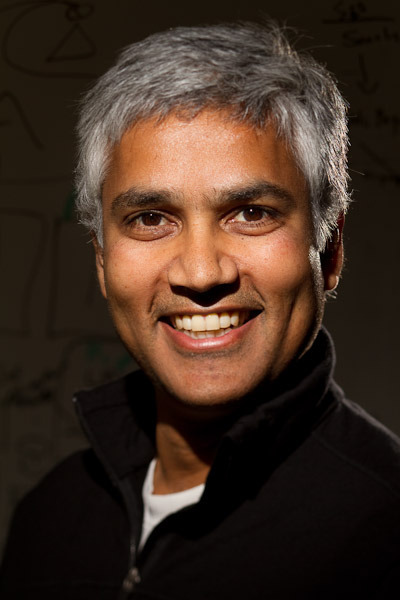 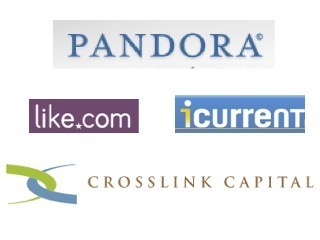 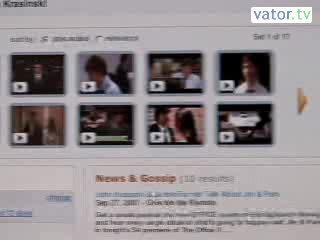 MeeVee expanding beyond a personalized guide to delivering video content