A new Web site for freelance writers and publishers may significantly alter the publishing business model. Ebyline announced Thursday the launch of its content marketplace, Ebyline.com, which uses an online platform to allow freelancers and publishers to negotiate assignments and finished stories on an à la cart basis.

The Los Angeles, Calif.-based startup was created with the goal of making life easier for both publishers and writers.  “We saw that the economic model around traditional content publishing was not working, but the need for content was still there,” said Ebyline co-founder Bill Momary, in an interview with VatorNews.

The platform gives writers the chance to self-syndicate, pitch, and sell stories to news organizations, while publishers have the opportunity to go beyond their in-house writing staff to seek out freelancers for specific stories that would ordinarily be out of their budget, thereby producing quality content at an affordable price, in addition to working directly with other publishers to buy and sell content.

There are no membership fees or sign-up costs.  Writers and publishers can sign up for free, and Ebyline.com charges an 8% transaction fee to the buyer when a deal is finalized.  And the Web site’s Freelance Administrative tool handles all of the assignment and transaction details, including pitch and assignment workflow, drafts, and editor feedback, and submits the story directly to the publisher’s content management system when it’s done.

The Ebyline platform also manages all payment details for both writers and editors, including 1099 tax forms.  The moment an editor clicks to accept a story, payment is automatically transferred to the writer, which cuts down significantly on administrative tasks.

“Before Ebyline, the average cost for a major metropolitan newspaper to process one invoice for one freelancer for one story was about $8,” said Ebyline co-founder Allen Narcisse, in the company’s press release. “That adds up to hundreds of thousands of dollars for big dailies, which often work with thousands freelancers over the course of a year. Ebyline streamlines that entire process to create a much leaner newsroom, significantly reducing costs and freeing up budget for the actual process of news gathering.”

To be clear, the site is not an open hunting ground where publishers can throw money at writers to crank out content.  It isn’t like AOL’s Seed, which lists obscure topics for any freelancer who is willing to write them up. Ebyline.com is for professional writers who have experience in the field of journalism, not just any Joe Schmoe who wants to try his hand at writing, so writers who want to sign up are first screened by the Ebyline.com staff.

Thinking it was like a LinkedIn network for writers, I signed up and threw out some perfunctory stats about my work history without bothering to even describe myself, only to realize after the fact that I was actually filling out an application that would be vetted by the Ebyline staff.  So now I have effectively ruined my chances of being accepted into the Ebyline club.

“The quality of the platform is really important,” said Momary.  “Our platform seeks to monetize and sustain quality content.  So it’s only for professional journalists who already have a respectable writing history, not for individuals looking to cut their teeth.”

But at this point in the company’s development, the focus is less on the freelancers and more on the publishers.

“Our growth is going to come from participating publishers,” said Momary.  “Right now we’re focusing on signing on publishers who already have freelancers who work with them, and then those publishers can use our platform to automate the administrative details.”

Ebyline has already partnered with several publishers, including Variety, which will use Ebyline to sell its film reviews and other entertainment content to other publications for the first time.  Other partners include Pulitzer Prize-winning ProPublica, The Texas Observer, and Minnpost.com.  Several journalists have also signed up, including several credentialed veteran writers from The Journalism Shop and The Sports Media Exchange, which connects sports publications with freelance writers to cover events in the U.S. and abroad. 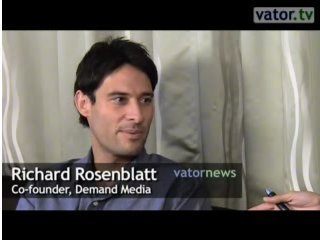 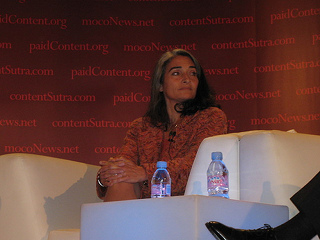 Can publishers charge for news? Not likely 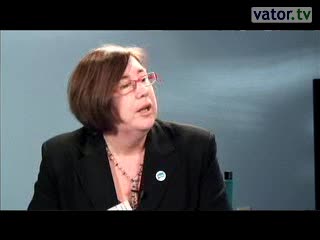