Virtual currency is unplugging the cord and going mobile.  GWallet, a virtual currency platform for social media developers, announced Tuesday the launch of a new monetization solution that will allow mobile app developers to use virtual currency and branded offers and installs to monetize their apps.  To complete this offering, gWallet is partnering with Mobclix, a leading targeted mobile ad exchange network, to extend its reach into an ever deepening pool of mobile users.

GWallet’s new platform is a self-service solution that will bring offers to mobile users and allow developers to purchase installs through an auction-based platform, which will give developers the assurance that they are paying “the lowest price on the market,” according to the company’s press release.

The partnership will also be promoting brands through traditional offers that will be specially customized to appeal to the mobile user, specifically through banner ads.  Developers can also promote across other apps.

“Consumers who are playing games on their phones are not willing to complete Web-based offers,” said gWallet founder and CEO Gurbaksh Chahal in the release. “They don’t have the time to go through a lot of screens, and they don’t want to enter in a lot of information on a small keyboard. We solve that problem by delivering mobile-specific offers and installs from brands they trust.”

And with its new partnership with Mobclix, gWallet is positioned to attract a large population of mobile users. "GWallet will become a demand partner, which will give them access to all of our inventory,” said Mobclix co-founder Krishna Subramanian.  “We currently reach 70% of all mobile devices.”

And with the surging new popularity of Apple’s iPad, that reach is about to expand, so gWallet and Mobclix will be working together on mobile advertising campaigns for the iPad.

“Mobile offers add yet another vertical to our business and gives advertisers even more exposure to their target customers,” said Chahal.

Past moves by gWallet have demonstrated its confidence in its ability to generate revenue for publisher -- so much so that last month the company posed the gWallet Challenge.  Publishers were asked to put their existing solutions in a 30-day head-to-head performance test against gWallet’s platform, and if the publishers did not see higher revenues with gWallet, the company would pay them a $20,000 cash guarantee.

GWallet could not be reached for comment, but has experienced a wave of success since launching in 2009.  The company has led major campaigns with over 120 brands in the beverage, retail, and computer security categories.  One of its more popular products to date has been the video offer, which rewards users with virtual money in exchange for watching a video ad.

Mobclix was founded in 2008 as the first open marketplace for mobile developers, advertisers, ad networks and agencies. 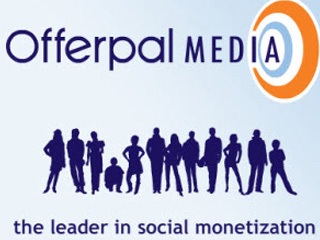