Product, technical and design support for social based start up companies

Facebook is teaming up with venture capital firm, Y Combinator, to encourage the creation of social-media-based startups.

Startups that participate in the joint program will get early access to technology and upcoming Facebook features for their new Web site or applicaitons built for Facebook.

"At a general level, a lot of them are building on Facebook and have often requested better support," said Harj Taggar, Venture Partner at Y Combinator, in an email to me. "Support is usually the most requested thing from developers on the platform and having priority support is a big deal. This benefits our startups as it allows them to continue building interesting things on fb."

Additionally, the companies will have "priority access" to programs, such as Facebook Credits, Instant Personalization and upcoming beta features," wrote Carl Sjogreen, who leads the Facebook product-platform team, and announced the collaboration late Thursday on Facebooks developers' blog.

Facebook does not plan to invest in the startups that participate in this new program, according to Y Combinator's Taggar.

This new partnership is of interest since Facebook's own incubator, fbFund, has a similar mission.The fbFund REV program invested in startups through fbFund, which was backed by Accel Partners (lead investor in Faceboo) and Founders Fund (co-founded by Peter Thiel, the first investor in Facebook).

[Editor's note: Peter Thiel will be a keynote speaker at Vator Splash Sept in San Francisco. Afterparty is sold out and tickets are nearly 80% sold out to main event.]

Though it appears the program is discontinued. The most recent post to the fbFund blog was on January 5th, and their last tweet was on April 26th. Facebook told the Wall Street Journal that they had no immediate plans to continue with their own incubator.

This move comes just a week after Facebook filed suit against TeachBook, a social networking start up, which Facebook claims is infringing on its brand by using the blank plus book combination.

Y Combinator will soon be publishing a “Request for Startup” which will be focused on social-media based startups. They are now looking for interested entrepreneurs for their winter 2011 funding cycle. In May announced that they had acquired $8.25 million dollars in funding, with the largest portion coming from Sequoia Capital. 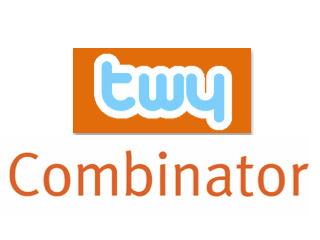