When the nerds decide to strike back, they go big.

That’s what four NYU students did when they first made plans to create a new social-networking site as an open-source alternative to Facebook back in April, after the social network's new privacy settings displeased them. The group announced Thursday that the official launch date for their project, Diaspora, is set for September 15.

The group, consisting of 20-year-old Ilya Zhitomirskiy, 21-year-old Dan Grippi, 22-year-old Max Salzberg, and 19-year-old Raphael Sofaer, has kept mum on the project throughout the summer, updating once in early July to recount their first few weeks in Pivotal Labs, in San Francisco.  So their Thursday announcement came as a bit of a surprise to eager Diaspora-followers, especially those who were beginning to doubt whether the project would materialize.

But their silence underscored the intensive work that they were doing throughout July and August as they set the stage for the big day.  “We have been coding,” the group stated in its blog.  “We have Diaspora working, we like it, and it will be open-sourced on September 15."

The announcement of Diaspora’s launch date comes only months after the group initially laid plans for the project.  Like everyone else with a pulse, the group was disturbed by the changes that Facebook made to privacy settings, which made user information public.  “I don’t know a single person in the geek demographic who isn’t freaked out,” said NYU teacher and digital media researcher Finn Brunton to The New York Times.

The students formulated their strategy and determined that it would take about four months to write the code, so they would each need a few thousand dollars to live on.

Their goal was to raise $10,000, but with the help of the crowd-sourcing fundraising site Kickstarter and a timely New York Times article on the project, the students well exceeded their fundraising goal, raking in over $200,000.  Even CEO Mark Zuckerberg reportedly chipped in, though Facebook would not say how much.

So what exactly is Diaspora and how will it differ from Facebook?

According to the group’s blog, Diaspora’s purpose is to decentralize the Web.  “Diaspora aims to be a distributed network, where totally separate computers connect to each other directly, will let us connect without surrendering our privacy.  We call these computers ‘seeds.’  A seed is owned by you, hosted by you, or on a rented server,” wrote Max Salzberg back in April.  “Social networking will just get better when you have control over your data.”

In a video-recorded explanation of the project, Raphael Sofaer further explains: “In life, we talk to each other.  We don’t need to hand our messages to a hub and have them hand it to our friends.  Our virtual lives should work the same way.”

Makes sense.  But such a simple objective has not been easy to execute.  When the four students first took it upon themselves to turn the distant dream of a decentralized online social networking experience into a reality, they met in a computer room at NYU to begin what they thought would be a summer project.  And then they didn’t leave.

“Certainly, as nerds, we have nowhere else to go,” said Salzberg in an interview with the New York Times.

The work has been so intensive that Ilya Zhitomirskiy and Raphael Sofaer have taken leave of their studies at NYU to devote themselves exclusively to the project.

None of the Diaspora team was immediately available to comment, but with the September 15 launch date only three weeks away, it will be interesting to find out whether Web-decentralization is the future of online social networking or just a nerd fantasy. 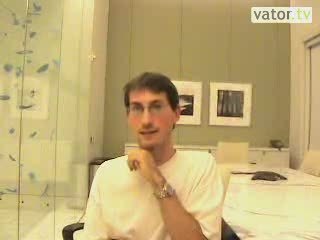