Bidding war for 3PAR heats up

For the big hardware makers, storage is the next frontier. And, both Dell and HP are willing to pay up.

HP announced Thursday that it has upped its offer to purchase 3PAR, a provider of virtual storage solutions, to $27 per share, or roughly $1.8 billion, which is an 11-percent premium above Dell's $24.30-per-share offer, which Dell announced Thursday morning was a done deal.

How’s that for a little melodrama to liven up your Thursday?

3PAR has not yet released a statement about HP’s most recent offer, but when asked if the company would take up HP on its $1.8 billion offer, 3PAR spokesperson John D'Avolio only told me: "Our board of directors is aware of and reviewing HP's offer."

Fremont, Calif.-based 3PAR is quite the hot commodity in the cloud industry, with seven of the top 10 Infrastructure-as-a-Service (IAAS) customers as clients. Among its selling points, the company lists:

2)      Efficiency, through the innovative use of thin storage technologies

Another would be 3PAR’s seemingly modest assessment of itself as evident in its self-effacing blog. According to the blog, “We’ve been very successful with our cloud strategy… 3PAR works very hard in the background for a lot of household-name customers...[but] most people don’t know or care.”

But clearly, Dell and HP do. The question is: How much?

Apparently, enough for Dell to consider whether to match the offer.

“Our agreement with 3PAR gives us the right and a period of time to match any new offer. We’ll take some time, assess the situation and act in the best interests of our customers and shareholders. We’ll make a comment regarding our next step (or plans) at an appropriate time," said Dell spokesperson David Frink, via email when asked whether or not Dell would make a higher offer.

In explaining what 3PAR would bring to Dell, senior vice president of Dell’s corporate strategy, Dave Johnson, noted in the company’s press release that “storage is at the forefront of this strategy… With the 3PAR acquisition, Dell will have the broadest set of differentiated storage solutions in the market today.”

As for what's behind HP's interest?

HP’s most recent press release also highlights the benefits that would come its way with the acquisition of 3PAR:

Commenting on HP’s revised proposal to 3PAR, which represents an 11-percent premium over that offered by Dell, HP’s executive vice president and general manager Dave Donatelli remarks: “Not only is our offer superior to Dell’s proposal, HP remains uniquely positioned to execute on this combination given the number of synergies between the two companies.”

How will it end?

Earlier this month, Dell offered $18 per share to acquire 3PAR, with a provision for matching competing bids.  HP followed up with a higher bid of $24 per share, or $1.6 billion, which Dell saw and raised to $24.30 per share.

3PAR® (NYSE Arca: PAR), formerly known as 3PARdata, is the leading global provider of utility storage, a category of next-generation storage arrays built for utility computing. Organizations use utility computing to build cost-effective virtualized IT infrastructures for flexible workload consolidation and for the delivery of software and hardware as a service. Utility computing is a platform for the delivery of enterprise IT as a utility service, which is being used for cloud computing over the Web and a new generation of Service-Oriented Architecture (SOA)-based applications.

Next-generation storage is a category of arrays developed to meet the needs of these virtualized infrastructures and to address the limitations of traditional modular and monolithic arrays.

The Problem We Solve3PAR Utility Storage addresses the problem of costly, complex, and brittle IT environments with an enterprise storage array designed to deliver and support an agile and resilient datacenter infrastructure at a lower total cost than traditional storage. Utility storage enables IT organizations to treat storage as if it were a utility-by enabling them to use and pay for only the storage capacity they need, and only when they actually use it. This approach supports the delivery of enterprise IT as utility service for both internal and external services delivery. This includes services provided by hosting companies, companies with Software-as-a-Service (SaaS) and Hardware-as-a-Service (HaaS) business models, and other providers delivering business-to-business services like on-demand email marketing. Regardless of the service delivery model your organization uses, 3PAR Utility Storage is designed to give greater flexibility to your storage administration, to simplify your storage management, and to give your organization the ability to respond instantly to changing business needs.

Our Customers3PAR customers are organizations for whom delivering IT as a service is mission-critical. This includes medium- to large-sized enterprises, business-oriented service providers, consumer-oriented Internet/Web 2.0 companies, and government entities. 3PAR Utility Storage has met the specialized datacenter requirements of companies such as SAVVIS Communications-a leading provider of IT as a service; USi-a fully owned division of AT&T Global Services; and Verizon Business-a managed service provider. 3PAR Utility Storage has also been successfully deployed in the Web 2.0 community with clients such as MySpace.com, eHarmony, Priceline.com, and Shopzilla. 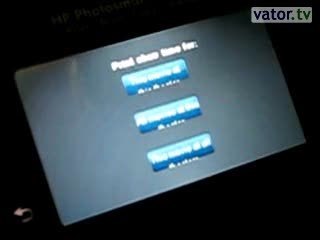 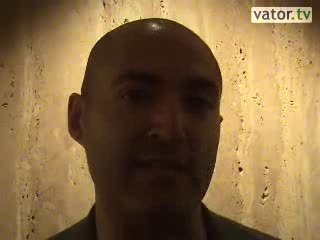