MG didn’t mentioned in the story that Zivity CEO Cyan Bannister is also employed by a host on TechCrunch TV. That may have something to do with his gushing story: “Zivity is a great site for women and photographers who aren’t afraid to get a little racy to express themselves and potentially be discovered.” Hmm. Interesting that no women tech bloggers have expressed similar enthusiasm for this story. Try a Google blog search on Zivity. Nothin from the women.

Thank heavens for brave men willing to stand up for... Zivity?

Blogging recently about the subject on National Review Online, for example, Kathryn Jean Lopez remarked in public about the quality of the torrent of emotional e-mails her comments provoked. Many of them, she reported, were “terrifying.” Cathy Ruse, who worked on the issue of pornography during the mid-1990s for the National Law Center for Children and Families and again later for the Family Research Council, reports similarly: “I have been involved in various public policy debates in the United States for twenty years and I have never encountered anything like the pornography debates. . . . I have never experienced attacks that were so abusive and personal, including angry ranting messages on my home telephone and horrible e-mails.”

Too bad all the chivalry has gone to defending the “great sites” that help women “express themselves.”

MG, I do like your writing, but I think you could find a better cause. 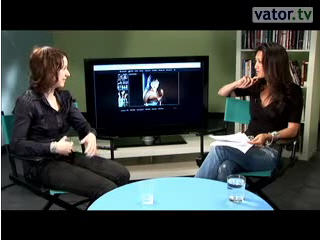 Zivity - You know it, when you see it