Blip.tv has been around for about five years now, and it sure has come a way.  From a destination site for user generated videos, it's grown into a vast distribution network and hopes to continue to change the way we consume online video and the way independent producers make money of the videos they create.

This morning, the company has a bit more help in achieving that goal, as it announced it's raised $10.1 million in funding.  Canaan Partners led the round and was joined by existing investors Bain Capital Ventures.  This is Blip.tv's third round of funding - the company has raised a total of $18.3 million to date.

From a consumer perspective, if you're not familiar with Blip.tv just yet, it's definitely worth checking out.  It's one of the few online video destinations where you can view quality user-generated content.  It's not like YouTube where videos that show up on the front page can at times be poorly produced.  For the most part, Blip.tv's shows are created by professional independent production teams looking to make some cash - thus they spend time on what they create.  Check out this episode of "The Bitter End" for an example.

For show producers, Blip.tv splits ad revenues 50/50.  This can potentially turn into some serious cash - it's working with 44,000 independent show producers and attracting over 90 million video views a month.  Blip.tv said 85% of those views are paired with targeted, direct-sold ads.  Brands currently working with Blip include Pepsi, Chevrolet, Samsung, Starbucks, AT&T and Scion.

Blip.tv also makes money through offering pro accounts and the licensing of software and services to third parties.

Part of the reason for Blip.tv's growth over the past five years is the vast network it reaches.  The site hosts and syndicates shows across the Web to iTunes, YouTube, Vimeo and Facebook.  But more importantly, Blip.tv is well aware of the importance of getting Web content onto living room television sets.  You can find Blip shows on TiVO, Sony Bravia, and Roku's Digital Video Player.  The company has also optimized its site for mobile devices like the iPhone and iPad.

So what's next on Blip.tv's agenda?  Mike Hudack, CEO and co-founder of Blip.tv said,

"We started in 2005 with a simple mission: to change the entertainment industry by making independent show production sustainable and scalable. We’re moving on to the next phase of executing against that mission, and with help from both Canaan Partners and Bain Capital Ventures I’m confident that we’ll be successful. We’re making more shows sustainable every single day, and now we’re going to accelerate that change even faster."

New York-based Blip.tv said it would use the funds to accelerate the growth of the independent Web shows that it hosts and distributes, expand its content services team, continue to grow its international advertising sales force and develop new products for viewers and producers.

We've reached out to Blip.tv for an interview so check back in the next day or so. 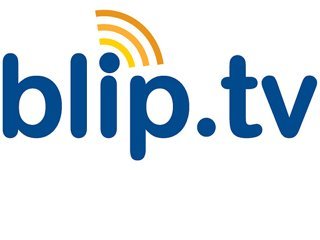