“Places” will detect mobile users’ heading, speed and altitude, according to code.

At Facebook’s f8 conference earlier this month, the conspicuous absence of any geolocation, check-in features left many wondering about the company’s strategy (would it buy Foursquare? Did it have something in the works?). Late Sunday night, the company confirmed its plans to launch an even more robust geolocation feature than is currently available from Foursquare and Gowalla. The long-term implications for privacy and intelligence are manifold.

Sunday night, TechCrunch blogger MG Siegler reported changes to the code for Facebook’s mobile site, touch.facebook.com. The page currently hangs as it attempts to load something called the “places_tab.” A dive into the code reveals plans to track not only location, but altitude, heading, and speed:

Based on the code, this is what it seems that Facebook is about to launch: A mobile version of the site using the HTML5 location component to grab your location information from your phone. Once it does that, you’re taken to this new Places area of Facebook that presumably will have a list of venues around you. From here you can click a button to check-in. Yes, there will be check-ins.

But it’s slightly more interesting than that as well. Facebook will record not only your latitude and longitude, but also your altitude, heading, and speed, according to this code (and assuming they can get all of that information). It will also record the accuracy of the location measurement. I’m just speculating here, but perhaps that will help curb cheating that has begun to run rampant on other location services like Foursquare.

No doubt, Facebook will likely bill the more robust tracking as a way to make the check-in games more fair. Users of Foursquare earn badges for checking in a certain number of times to a particular restaurant—badges that can earn discounts and bragging rights—and right now, it’s very easy to cheat by checking in remotely. A tracking mechanism would solve that. But there’s much more to Facebook’s new feature than making games more fun. As a former vice minister of an eastern European country told me recently, “Facebook is an intelligence company.” It does, in fact, have ties to the CIA.

One of Facebook’s earliest investors is Greylock partners. They led a $27.5 million Series B round in 2006. Greylock’s senior partner Howard Cox also sits on the board of In-Q-Tel, the venture-capital arm of the CIA. In its own words, In-Q-Tel “identifies and partners with companies developing cutting-edge technologies to help deliver these solutions to the Central Intelligence Agency and the broader US Intelligence Community (IC) to further their missions.” The value to national security agencies of knowing citizens’ exact locations, and location histories, is obviously huge.

Of course, Facebook, which declined to comment for this article, is also heavily funded by Russian and Chinese money men, via its biggest single investor, Digital Sky Technologies. The potential beneficiaries of this information are many.

For Facebook’s own business purposes, the information will undoubtedly be offered in some form to marketers. The company all but confirmed this in a message to Siegler Sunday night: “There are currently no plans to add marketing partners to this product. We may consider working with marketers to enhance the experience in the future, but have no plans to do so at launch.” In other words, 'We first have to encourage mass adoption. Once we get enough aggregated data to be useful to marketers we will include them.'

One major concern is the degree to which Facebook could slowly strong-arm users into coughing up their location information. The company has taken a lot of heat recently for reneging on previous privacy policies, and making users’ affiliations—websites and groups that a user chooses to “like”—public information. In fact, now a user cannot belong to a Facebook group without that affiliation being made known publicly. The publication of all “likes” is just one of many controversial anti-privacy moves that Facebook has made, which normally is followed by a short outcry from users, followed by capitulation, and strangely, a surge in membership and engagement.

Given that history, it’s easy to imagine that Facebook will ensure privacy of location data at first to encourage opt-in adoption, then at some point in the future, make the information available to some set of intelligence or branding / marketing organizations. At some point in the future, as privacy concerns erode further, users who wish to enjoy the benefits of the discounts and badges that come with Facebook knowing their location habits could be forced to choose between having those habits known publicly or foregoing the by-then-commonly-enjoyed benefits altogether. That’s just speculation for sure, but it does follow the pattern. 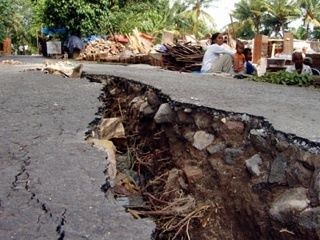