The Web may be going mobile, but social is the standard for more than 400 million right now

The Apple iPad may have managed to sell 500,000 units in its very first week, confirming Google CEO Eric Schmidt's sentiment that in the next 5-10 years "the answer should always be mobile first." And Morgan Stanley may have predicted that by 2015, mobile Internet users will exceed desktop Internet users. And yes, Web developers should for at least these reasons most certainly have mobile in mind going forward (more on that here), but here's a statistic about the current tech climate that really can't be beat:

Facebook has more than 400 million active users and 50% of those users log on to the site every day. Amazingly, says CEO Mark Zuckerberg, user growth shows no signs of slowing.

Therefore, as much as developers should be concentrating on programming for a mobile Web, the smart developer will also not ignore the immense ability Facebook now has to enhance a Web service's usability. Here's a walk-through of the latest and greatest offerings Facebook is providing for Web developers to harness the power of the most popular social network in the world.

the most basic feature Web developers can (and probably should) choose to implement into their service. Most Internet users are already familiar with this class of plugin since we see little Twitter "retweet," Digg "digg," and StumbleUpon "thumbs up" buttons on pretty much every site we visit, just to name a few common examples. The Facebook version is called "the Like button" and Facebook considers it "the most important social plugin" for very good reason. With just one click, a user increases the potential visibility of a site many, many times over. (Sure, it's just one user, at first. But after that first click, friends might see the page and like it themselves, and already we're hypothetically on our way to a building cascade of page views.)

In addition to the Like button, Facebook offers two social plugins that provide much more in-depth looks into the social interactions occurring in the background of a Web service. The first, the activity feed plugin, displays a real-time updated stream of the latest likes and comments from a user's friends taking place on the site. The second, the recommendations plugin, displays page recommendations (along with statistics showing how many people shared each item) to users personalized based on their previous likes and comments.

One of the biggest obstacles in ensuring a user will stay to try out and (hopefully, eventually) maintain ongoing interaction with any Web service would have to be the registration process. Today's typical Internet user is already troubled with a few email accounts, registration on multiple media and social sites, and even many different passwords for different computers they may access on a daily basis (school, work, home, etc). A registration screen asking for a user name, password, email, and other basic information may not seem like a big ordeal, but it can become one over time.

That's why Facebook's "single sign-on" feature is so essential for Web developers. Single sign-on, a feature of the previously-named Facebook Connect, allows a user to completely bypass any registration step by logging into a site with just their Facebook user name and password.

For developers thinking they will miss out on accessing key information about a user, rest assured. Through the Graph API, Facebook grants developers the ability to fetch data from a user's profile, like name, email address, profile picture, and birthday. (Naturally, the developer must request permission of the user to grab this data.) As Facebook helpfully points out, it has already verified the user's email address when they signed up for Facebook; in this way, yet another step is bypassed when a developer employs Facebook's pre-registration features.

Facebook Insights is a professional analytics feature that provides publishers and developers with all the details they would like to know about how users engage with their service. One can monitor number of active daily users, the time that users typically access the service, total number of users, and more. Sparing no expense, Facebook promises that "if a user puts a URL from your site in their Facebook status message, that data is included in the analytics for your domain." One should expect this tool to deliver fairly accurate analytics.

That sums up the core features available from Facebook for Web developers. And remember: most of these features are fully customizable, so be sure to read up on the details to get the most out of Facebook's offerings. 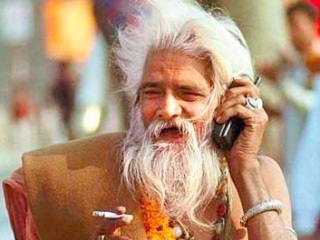 What developers must know in post-iPad world 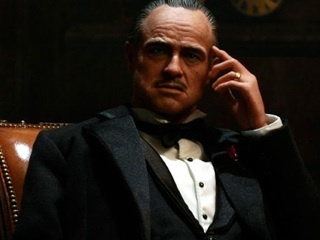