Online video working out for Revision3

The main problem with producing your own online video content is - it's really hard to monetize.  Videos aren't cheap to produce, and then finding advertisers to sponsor your videos is a whole other issue.

One company that didn't seem to suffer amid the ad recession last year was San Francisco-based Internet video network, Revision3.  On Tuesday, the company announced its growth results for 2009 and they were quite impressive given Revision 3 was making layoffs and canceling shows back in 2008.

Viewership is growing for Revision3.  The company said it saw viewership across its network climb to nearly 1.5 billion minutes of viewer engagement while the company grew revenues 30%.  Some of the shows Revision 3 produces include Tekzilla, Scam School and the very popular Diggnation which is hosted by Kevin Rose.

On the ad sales side of things, Revision 3 said it increased its average deal by 50% and added major brands which include Ford, Adidas, Coors, Patron, Nokia, Panasonic and Klondike.

Although the company isn't sharing exact detailed numbers besides growth percentages, it's interesting to note part of Revision 3's growth has to definitely do with the fact the company is working hard on its show distribution.  First of all, the company launched 10 new shows last year ranging in categories from gaming, technology, film and comedy and is making sure to get these on places beyond your computer screen.  Revision 3 has been partnering with set top box manufactures like TIVO, Roku, Boxee, PopBox and Clearleap which bring the Internet shows to your television.  I'm personally a big fan of Boxee, which makes it super easy and functional to consume Internet video content on your living room screen, that's actually how I first came across the Revision3 network, while clicking through the channels available on Boxee and coming across the large amount of quality-content the network has to offer daily.

The company said its 2010 plans include expanding distribution and expanding its mobile and social presence.

Revision3 is the first media company that gets it, born from the Internet, on-demand generation. Unlike aggregators, mash-ups, and user-generated video sites, Revision3 is an actual TV network for the web, creating and producing its own original, broadcast quality shows.

The company was founded in 2005 by technology visionaries Kevin Rose, Jay Adelson, Dan Huard, Ron Gorodetzky, and David Prager, because they couldn't find anything they wanted to watch on traditional television, and is now led by Internet TV pioneer Jim Louderback.

The content is designed for a new audience: passionate committed fans who want to watch shows that entertain, educate and help expand their life experiences. The audience expects professionally produced programming but wants it to be unexpected, edgy, smart and real. They also want to watch shows whenever they want, wherever they are, and on whatever device they choose, including everything from a 70" HDTV to an iPod or Cell phone. Revision3 covers technology, comedy, modern culture, music and more. Our hosts don't come from Hollywood. Instead, they come from the same passionate fan base as our audience. They are engaging, personal, smart and connected - experts with the insight and acceptance that naturally puts them at the center of the community.

Revision3's shows can be found everywhere from Revision3.com to a wide range of traditional and new platforms, including iTunes, Bittorrent, DivX, YouTube, PyroTV and more. We will work with almost any distribution platform, using every video encoding format available, including flash, H.264 and others. We want our content accessible to the greatest possible audience, on as many devices and networks as possible.

Revision3 has attracted a wide-range of top advertisers including Sony, Netflix, Dolby, Microsoft, IBM, HP, Southern Comfort, Virgin America, Verizon and FX Networks. Advertisers enjoy a unique bond with the audience via customized message integration and host mentions that deliver phenomenal results. Our clutter-free environment is perfect for everything from direct response to branding. 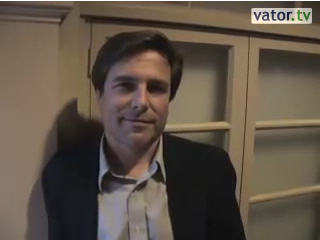