Oneforty, a discovery engine for Twitter tools and apps, has launched its Alpha version.  Along with the announcment, Oneforty confirmed it raised $1.85 million from in Series A funding led by Flybridge Capital Partners.  Javelin Venture Partners, Dave McClure, Roger Ehrenberg and others also participated in the round.

You can think of Oneforty as the App store for anything and everything Twitter.  Launched back in September of 2009, the site says it has grown to tens of thousands of members finding, rating, collecting and sharing Twitter applications.

The whole idea is to create an ecosystem around Twitter.  Oneforty said its platform supports one-time purchases with a minimum price of $0.99 and a break on the 25% commission at higher prices.

Laura Fitton, CEO/founder of Oneforty commented, "The energy and passion of the developer community is crucial to Twitter's massive popularity. We're driven by a commitment to those developers succeeding. As talented developers find larger audiences and build real businesses in oneforty's marketplace their innovations will make Twitter better for everyone."

The Brighton, MA-based startup told us it would use the funds to hire new heads (right now there are only five employees in the company), accelerate platform development and meet growing demand. 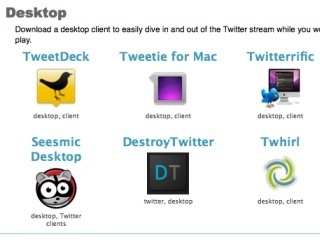