Google Ventures leads the round with participation from Highland Capital Partners

Last month we reported SCVNGR, a Boston-based startup closed a $4 million financing round led by Google Ventures with previous investor Highland Capital Partners also participating.  This morning SCVNGR officially announced the news in a press release and shared some more details on the financing.

First, a little rundown on SCVNGR: The company has built a platform that lets individuals or institutions build location-based interactive mobile games.  SCVNGR says these can be played on any cell-phone through iPhone or Android application, as well as playing via SMS.  The platform allows for these games to be scaled up and down depending on the type of phone being used.  So if you're using a smartphone, SCVNGR lets users interact with audio, video, images and interactive maps, if you're using a phone not capable of rich media, you can still play via SMS.

This new round brings the startup to $4.79 million in total financing.  With Google Ventures coming on board, SCVNGR will get a couple veterans on its board of directors.  The company announced Rich Miner, co-founder of Android and partner at Google Ventures will join SCVNGR's board of directors along with Joe Kraus, founder of JotSpot which sold to Google in 2006 as board observer.

The company plans to allocate the funds in several areas.

First, SCVNGR said it has plans for aggressive international expansion.  With this round of financing, it is planning to open operations in Europe/Israel in the late spring, Japan/Korea in the early summer, and China in the early fall of 2010.

Next is to double the company size from 20 to 40 full-time employees.

And lastly SCVNGR plans to invest in additions to its current product like an augmented reality layer which enables users to use their device camera as a real-world viewer to see virtual data and markers overlaid onto the screen.  The company said builders of its geo-games will be able to embed text, pictures, guiding arrows, and videos without any further technical knowledge.

Along with all the announced future plans, SCVNGR also shared its success story so far: over the past year the company has grown from 8 clients to 350 clients in the US.  The company has also broken $1 million in revenue in its first year with a 91% repeat rate. 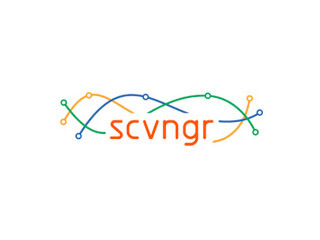