Smartphones are good for plenty of things, like reading news, gaming, and all sorts of daily utilities.  But they are also good for shopping, according to a study released on Monday by Compete.

The study found that 37% of smartphone owners have purchased something non-mobile with their handset in the past 6 months.  Some of these items included music, books, DVDs and video games.

At the same time though, the research found that consumers are likely to abandon mobile purchases on sites that are not optimized for the mobile experience.  Compete reported, eight percent of smartphone owners that tried to purchase a product on their smartphone were unable to do so.  45% of those said they abandoned the process because the site wouldn't load, while 38% said they left the site because it was not optimized for their phone.

One final note from the report said the most popular mobile shopping-related activity was research.  The study found 41% of iPhone users and 43% of Android users are likely to check sale prices from their mobile phones while shopping.  This could be due in part to applications like Occipital's Red Laser which lets users scan barcodes and get back multiple price results.

All in all, Compete expects m-commerse to see explosive growth in 2010, as long as the user experience is seemless for the on-the-go experience. 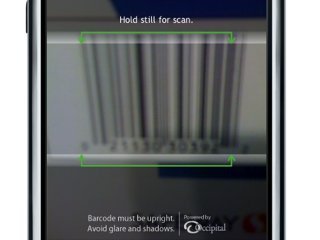