Youku, a Chinese video streaming site, has raised $40 million in Series E funding.  The round was led by Chengwei Ventures.  Other investors include Brookside (Bain) Capital, Maverick Capital and Sutter Hill Ventures.  According to the press release, Youku is also in active discussion to raise another $40 million from other potential investors.  The company has raised $110 million to date.

The site could be considered a sort of YouTube for China, allowing users to  upload video content.  Youku also works with around 1500 content license-holders to deliver professional-produced programming, making it a similar model to Hulu's.  The company said it has attracted 350 brand advertisers and its gross revenues for 2009 will surpass RMB 200 million.

Youku's traffic is pretty high as well.  During the month of October, Youku had 149 million unique visitors accessing the site from home and 57 million accessing from Internet cafe's, with users spending 229 million hours on the site, according to iResearch.

Although the company hasn't revealed whether it is profitable or not, Eric Li, managing director at Chengwei Ventures said, "in the year 2009, Youku has cemented a dominant market position and achieved successful monetization.  We will continue to ensure Youku has the strongest financial resources to maintain and expand its leadership position."

The company plans to use the funding to syndicate professional media and produce Web-based content.  It would also like to further enhance itself by reaching the mobile world of smartphones. 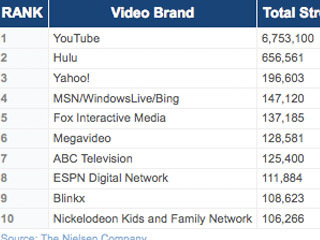