How a bunch of ex-Google Reader guys are building a social media reader, using Twitter and Facebook

Brizzly, a popular new Twitter and Facebook app, just went into public beta this November and closed a $600,000 round. I recently had a chance to sit down with Brizzly founder and CEO Jason Shellen to talk about his new startup.

San Francisco-based Brizzly is a site that helps you manage your social networks, namely Facebook and Twitter. On Brizzly, you can toggle back and forth between sites so you can see what's happening on both networks.

What's so special about that? Besides the simplicity of a single interface, Brizzly enhances the user experience. For instance, Brizzly makes viewing photos and videos easier because they're expanded inline, allowing a user to view Flickr images or YouTube videos without having to click away to another site. URLs are also expanded, so a user can see what site they're clicking onto. And, the messaging system is improved because it works more like an instant messaging system.

Essentially, Brizzly is a social media reader, with enhancements on top of the feeds it brings in. Much like Google Reader, where thousands of feeds are brought into one place to consume, Brizzly wants to be that destination.

"You consume Twitter through Brizzly, and interact with Twitter and Facebook on Brizzly, this is sort of a one-stop shop," said Jason, who not coincidentally worked on Google Reader during his tenure at the search giant as a product manager.  Chris Wetherell, who built Google Reader, is also part of the Brizzly team. And, just last month, Jason brought on another Google Reader alumni, Ben Darnell, who just held a short stint at Facebook after the social network bought Friendfeed (another startup with a lot of ex-Googlers).

In this interview, Jason, who is also CEO of Thing Labs, the parent company that's launched Brizzly and Plinky (its first product), talks about how Brizzly has attracted tens of thousands of users in a few months, and his plans to build upon the platform. Thing Labs raised $1.6 million in funding back in 2008, bringing its total raised to $2.1 million, the bulk of which has come from Polaris Ventures.

Jason also talks about how Brizzly is different from Seesmic, Facebook's Friendfeed and Power.com, sites that also act as one-stop shops and destinations of incoming feeds from social networks.

Brizzly is a reader that works with Twitter and Facebook. It simplifies your browsing and updating experience, while adding a few nifty extras. We'll take some of the work out of keeping up to date with the people, trends and news you want to know about. 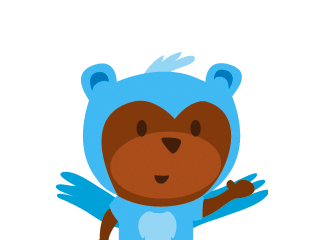