Imagine an assembly line, of title creators, writers, fact-checkers, editors, etc. all lined up and working on one article or video. Each person touches a piece of content in a sequential manner using optimally-planned logistics.

That's the methodology behind Demand Media's content creation. And, it's getting noticed.

"We're adding science to the art of creating content," said Richard Rosenblatt, CEO and co-founder of Demand Media, a social media network, consisting of popular sites eHow and Livestrong and social media tools, such as Pluck.

If Richard didn't turn out to set traditional media on its head when he started Demand in 2006, he's certainly getting them to take a good look at his innovative approach to content creation.

In many ways, Demand - at least the content production side of the business - is applying an assembly-line approach to creating long-tail content. About 11 people touch an article, said Richard. While that may sound inefficient and bureaucratic, Richard says he's created an ecosystem where every job is done "to its smallest part" so everyone does what they're good at.

Unlike traditional media, where content is produced typically by well-paid staffers and editors, Demand's approach is to pay freelancers and experts - actually, anyone with interest in sharing their knowledge/expertise - a small fee of $15 to $20 per story.

As you can imagine, the results are hardly long-form essays or investigative journalism. But they are substantive nuggets of information that are designed to be answers to the most common or obscure questions, from "How do I roast duck?" to "What is necrotizing fasciitis."

Through Demand Studios, the company's unit that manages its freelancers around the world, about 4,000 articles are published daily by people who want to be in front of Demand's 80 million unique visitors a month.

Demand's goal is to publish short and substantive articles for every question out there.

Be sure to watch the video and hear Richard explain the Demand story. Coming up, Demand's views on an IPO or media partnerships, its monetization strategy and its acquisition plans. 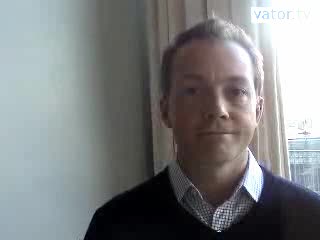 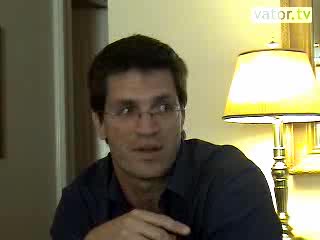