WPP's lawsuit against Spot Runner for alleged pumping and dumping has been dismissed by a U.S. district court.

Since its launch three years ago, Spot Runner has raised $111 million for its simple advertising service targeted at small businesses that want to purchase affordable TV spots. WPP led the Series B fundraiser in 2006, which closed a $40 million investment for the young startup.

But in the lawsuit, Spot Runner was accused of deceiving WPP about a new investment round. Fortunately for the Internet-based ad agency, judge Percy Anderson said that WPP may have merely misunderstood or misread a statement issued by Spot Runner's general counsel, Peter Huie, at the time. Anderson concluded that WPP did not have enough evidence to show that Spot Runner actively deceived or made fraudulent statements.

WPP can respond with an amended complaint by October 12.

In spite of the ruling, Spot Runner doesn't necessarily have bright times ahead. For one, the company's name may now carry negative associations for awhile, purely because the suit existed at all. Beyond that, nearly 200 employees have been laid off from the company, after three successive rounds of job cuts. On top of everything, repeated delays of the company's "Project Malibu," an online media buying solution, may serve to disillusion investors and potential customers. 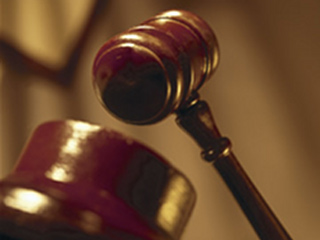