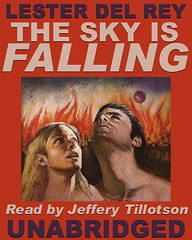 Every business around the world, whether big or small, knows exactly what happened in the Great Recession: consumers became (understandably) spooked by the global collapse of once-solid financial institutions and stopped spending.

A new report by WPP, the world’s largest communications services group, concludes that, despite widespread hardship over the last 18 months, the sky did not fall. (Full disclosure: WPP is an investor in the start-up I'm at, Yield Software.)  And better yet: consumers know it.  Playbook 2: The Sky Did Not Fall, the second report in a series developed by WPP’s global retail practice The Store, concludes “wallets are open.”

“But only a crack,” said David Roth, CEO of The Store for Europe, Middle East, Africa and Asia.  “Consumers are purchasing primarily to fill basic needs.  They’re tentative about the state of the economy and are ready to snap their wallets shut at the least provocation.”

In its first report, published last winter, The Store research concluded that consumers were moving through the three stages of grief: (1) acute distress, (2) acceptance, and (3) moving on.  Last winter, according to the report, consumers were still in stage one, which was characterized by anger and sadness.  The current report concludes that consumers are now solidly in stage two — indicated by the fact that they are shopping again and relieved that the sky did not fall.  But though the world avoided a total economic meltdown, consumers are nevertheless chastened.

According to the report’s findings, consumers apparently understand that they now must make tough choices governed by resources available to them today.  Whereas in the past, consumers would ask themselves “What credit card should I use?”, they now ask “Which product should I buy?”

As consumer attitudes and behaviors shift, retailers are quickly retooling to match the new reality in two important ways:

First: Retail, the report says, is being re-engineered to be simpler for the supplier, retailer and consumer.

Second: In an effort to increase efficiency and control costs, “smaller and less” is replacing “bigger and more” in terms of store size and product range.

Other take-aways from the report include:

New purchasing mentality: Consumers have learned that sometimes the cheaper brand is good enough. Unless they are convinced that a product is tangibly or emotionally better, they will select the less expensive alternative and pocket the difference.

Expanded presence of online: The decline in the product range found in stores will be accompanied by the coming of age of online and mobile retailing as more consumers click for product research, broader selection and the purchase reassurance found in online customer communities sharing product reviews and evaluations.

Greater reliance on brand strength: Discount is thriving in this economy, which is no surprise. The most important determinant of success, however, is not the sector served but the strength of brand equity.

Bottom-line: even as the economy continues to strengthen, the shift in consumer attitude and behavior won’t be easily reversed.  The old adage, “once burned, twice shy” applies to both consumers and the retailers who are adjusting to better serve them.  The new consumer reality will be with us for some time to come.