Nobody likes pre-roll video ads. I think I can safely speak for everybody when I say that. Simply paying a visit to one of your favorite Web sites, you’re interrupted by a video that rolls across the screen, plants itself right on top of the content you were looking for, and starts blasting bombs through your monitor and speakers. Intolerable.

Well, now advertisers have some hard stats to push them in a new and better direction.

Video display ads for local content have exploded recently, expanding by more than 300% year-over-year, according to data released today by online video advertising company Mixpo. In the past year, 1.2 million minutes of ads have been watched through Mixpo’s ad platform alone, which the company conveniently translates as equaling more than two years of 24/7 continuous TV viewing.

The reason for the comparison is that Mixpo is trying to help advertisers capitalize on spots already made for television programming. The Seattle-based company says that more than 80 percent of ad campaigns provided through its platform started their lives on TV.

How are these video display ads different from the pre-roll ads we all love to hate? It’s about engagement.

According to Anupam Gupta, President and CEO of Mixpo, “Video display ads ar

e more affordable, can be targeted to the right customer, and allow viewers to interact as they wish, rather than being forced to watch an ad.”

With average times of about 30 seconds, video display ads can provide more meaningful content than the usual 15-second pre-roll ad because the former, by having the user actually choose to watch the ad, only needs to keep the user engaged. The latter type puts all its energy into grabbing the user by force, while video display ads let the user decide.

The users will decide and their decisions will actually lead to quantifiable results. Mixpo's statistics say more than 1 in 3 users, after choosing to view an ad, will actually click through to find out more or interact.

With all of this data, Mixpo is arriving at the conclusion that video display ads for local TV spots have a big future in advertising.

Certainly, while there’s no reason for TV ads to go to waste, there is also no reason that Internet ads should merely copy television advertising strategies. Advertisers need to harness the power of user choice on the Internet to see increased interaction and engagement. 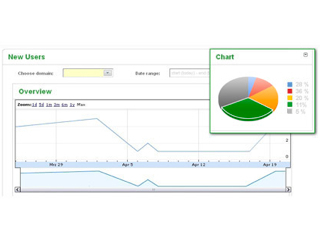