What am I Missy Episode 30 - NYTimes should keep Boston Globe, Friendfeed and Smule competition

Cash-strapped New York Times Company has an offer for the Boston Globe. California Private Equity is bidding $35 million dollars and the assumption of $59 million in liabilities. It really doesn't sound so bad only when you consider the Times bought the Globe for a billion back in 1993. With that low-ball offer, the Times should just walk away. Imagine what you could do with that property. For one, you could call it,"The Boston Times" or why not just change the logo to add a few stripes? In fact, all of the content can be changed. Sometimes you just have to use your imagination.

Speaking of changes, Facebook bought FriendFeed for $50 million this week. We hear FriendFeed's going to undergo some changes. For one, it's going to be called FriendBook. And apparently, you will be able to throw sheep at feeds you just don't like. But it looks like I am not the only one upset. Hitler felt the same way in the video and I don't think I can compete with expressing it the way he did.

This episode is brought to you by our sponsor Smule, the creators of  iPhone applications like Ocarina, has a cool "Feel the Love" contest running. Users who have Leaf Trombone can register to win $500 at https://www.smule.com/. You just need to sign-up, and get as much love from your friends as possible.  They can listen to your registered performance, and send you love using Leaf Trombone or Leaf Trombone Lite- which is free!   Whoever gets the most love wins! 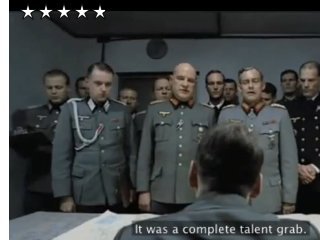