Get users hooked on free apps, then charge

To charge or not to charge?  That seems to be the question when it comes to deciding on whether to release your app to the world for free or, for let’s say, the typical .99 cents.

Over at the MobileBeat conference in San Francisco, I sat in on an interesting panel, in which debated the very subject of free versus paid apps.   Tapulous Co-founder, Andrew Lacy shared some interesting pieces of advice based on the success of his company.

“People have asked us, you have 10 million users, yet you didn’t charge them any money for Tap Tap Revenge…don’t you feel stupid?” confessed Lacy.

Now here’s where the question at hand lies, you can charge what you think is a small amount for your application, and those numbers could potentially scale, and make you 10 million dollars worth of sales – but who’s really going to pay a dollar for your app without even knowing exactly what it is or how it functions?

“We’re happy because we couldn’t ever have had 10 million users without our application being free,” Lacy explained.

And with those 10 million users strong that Tapulous now has a hold of, it's making all sorts of undisclosed revenue.  But how?

Well, Tapulous explained that its products can provide such compelling experiences for its users, that eventually those users become paying customers.  For example, Tapulous offers premium versions of its popular iPhone app, Tap Tap Revenge, which it sells for $4.99 a piece.  In case you’re unfamiliar with the application, it’s basically a beat oriented music game where you tap your fingers in rhythm to the in game music and try to accumulate points based on how good you perform.  Sounds like it can get addicting, huh?

The strategy revealed, get your users hooked, then charge.  Tapulous offers versions of its games now with popular band themes.  Tap Tap comes in Lady Gaga Revenge, Tap Tap Coldplay, Tap Tap Dance and even a Nine Inch Nails version…which I actually paid for just so I could hear check out the artwork in the game.

As for the future business strategy of Tapulous – Lacy revealed the company is working on a third version of Tap Tap Revenge.  This one will ad social elements and the selling of virtual goods within the game – basically users will be able to buy new songs within the actual game instead of purchasing separate band themed versions of its game. 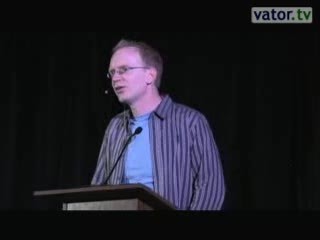