In this segment, Bambi Francisco interviewed Joe Kennedy, CEO of Pandora, a personalized radio station that creates music stations based on personal preferences.

BF: You've been the CEO of Pandora for five years so you've become a student of radio. Give us a brief history lesson on the evolution of radio since the 1920's, some milestones and how the Internet is taking it to the next level.

JK: Radio does go back to about 1920 in the U.S. Back then, picture people in their homes listening to the World Series or listening to an address by the President or HG Wells' "War with the world." Fast forward, TV comes along, grabs entertainment off the radio and so radio becomes more about music and continues to grow right through the 50s and 60s. Then along comes FM, which enables an expansion in diversity of music that is possible. AM kind of reconfigures itself around talk radio, news radio, etc. Now we have the Internet; tremendous explosion in terms of the diversity particularly in terms of music. Instead of one classic rock station, you can have your own "Pink Floyd" station. We've seen a tremendous evolution in terms of radio which millions of people would be listening to at the same time to an incredibly personalized one that is about you.

BF: How many Internet radio stations are there?

JK: Hundreds of thousands. Essentially there is an infinity of Internet radio stations and so it has made it tremendously personal. It's taken a medium that was broadcast and made it one-to-one medium.

JK: It has moved from a mass market to mass customization personalization. There are so many aspects from manufacturing to media. It's become much more about the individual than some mass of people.

BF: What about in terms of how radio stations are created especially with Pandora. You don't really have a DJ anymore or do you?

JK: We use the Music Genome Project, which we think can simulate than an all-knowing DJ who is focused on your taste as opposed to a traditional DJ who is trying to keep a half-million people all happy at the same time, which is how radio kind of devolved into a lower denominator kind of programming. The nature of the Internet kind of allows us to move beyond that to the next level.

BF: How automated is it today? How much do you need those people to create personalized radio stations or can you move off and have it all automated?

JK: Pandora is a mix of human work and tremendous automation. The analysis we do - we have 20 people listening to individual songs, spending 10 to 15 minutes categorizing them according to this taxonomy - this gene set. It's a very manual expert musician type of work. But once that is in a database, we have automated algorithms that enable a replacement of a DJ for the two million listeners of Pandora today. So it is this very interesting mix of this development that is very manual. But once the electrical property is in place, it's scalable from a technology standpoint.

BF: Talk about the consumption today and the different options and where you see more people consuming. There is something relatively new because of the Internet and that is a subscription to all the music. For example, $15 you can have access to everything and you can be your own DJ, play songs as much as you wish, as oppose to Pandora where you have somebody playing music for you but you don't own it. Another example would be Apple's iTunes where you can download it a la cart. You do not have to buy the entire album. What is the break down in terms of what are consumers preferring to do?

JK: Historically, there are two forms of music listening. You can listen to the radio or you can own it. It's been like this for many years and actually the breakdown has been eighty-twenty for most people. For most people, 80% is what they listen to the radio, and 20% they own. Now there is a third kind of music that you can rent which is kind of like a subscription service. You don't own the music from Rhapsody or Napster. You can listen to anything or want, but you don't own it. Thus far, the uptake of that has been very modest, maybe a few million subscribers. There are people as you fast forward 20 years into the future, that there really won't be a reason to own music because you'll be able to stream what you want, whenever you want through some kind of subscription service. Again, that has not even happened yet except for a very small uptake but it would be interesting to watch over time how the mix of music you own, radio music, and the music you rent or subscribe to develops over time.

BF: Will you ever charge a subscription for your service?

JK: Pandora does have subscription options for those people who want to have advertise-free experience. We also have a bit rate which is super high quality. We do have a premium offering that offer for $3.00 a month called Pandora One. We see a modest uptake over time but the bulk of the story is really about an ad supported free to the consumer experience.

BF: What percentage of your users have a subscription?

BF: Under one percent? 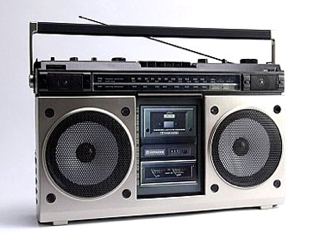 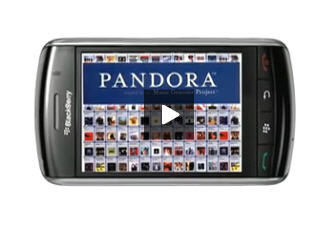