Why Siri - a virtual assistant - is possible

We're a long way from Ask Jeeves, the butler assistant that helped you search and find stuff on the Web.

Siri, which recently came out of stealth mode, is a virtual assitant on the iPhone. Sure, it's not super sophisticated to be able to organize your child's birthday party. But it's the closest thing to a real assistant that you can talk to that I've ever seen.

The free iPhone app, which applies speech-to-text and text-to-intent technology to Web services, such as Yelp, OpenTable,  ticket reservation systems, Google Maps, etc., helps consumers get tasks done. It will be available in private beta to a select few (tens of thousands) in August.

If you don't have an iPhone, don't worry. Siri will be available on multiple platforms, including the Palm Pre and Blackberry sometime in the future, according to Tom Gruber, co-founder and CTO of Siri, who gave a keynote presentation at the 2009 Semantic Technology conference in San Jose, Calif. The iPhone is just a "beachhead," he said.

In this interview, Gruber said that the idea behind Siri was to create the same experience one would have if they were talking to an assistant on their mobile phone. The assistant is designed to accomplish simple tasks, like booking restaurants and buying tickets.

Gruber gave me a few demos in our interview. For instance, we asked Siri for the nearest gas station and drugstore. Siri worked fine. The speech-to-text technology recognized those words, and came up with the nearest services. The nice thing was that we didn't have to open up a browser and find a search engine and type in "gas station, San Jose." Gruber just spoke into the phone. And, we received a listing of the nearest gas stations and maps to get there from our location. For simple things like that, if you have an assistant, you can get that done, he said.

Beyond simple requests, Gruber also asked for something a bit harder to understand. He asked: “I need a fancy French restaurant for two in San Francisco on Thursday night.”

It's tough to ask a request like that in today's paradigm, he said.

Sure you can type in keywords. But that's not feasbile if you're driving. And, the result would just be a list of restaurants in San Francisco. Siri's reply to our query was a list of expensive restaurants in San Francisco with availability on Thursday night and an easy way to book tables with OpenTable, the restaurant reservation site. Siri partners with a number of online services, including Yelp, to help consumers complete their tasks. Siri's business model, which is a discussion Gruber and I have in the next interview, is to take a broker or affiliate fee from the online services.

If you don't have an iPhone, don't worry. Siri will be available to multiple platforms, including the Palm Pre and Blackberry in the future, according to Gruber. The iPhone is just a "beachhead," he said.

Why is a virtual assistant possible today and not two years ago? I asked.

Not only are services available through API's, said Gruber, “this is based on five years of research in the world’s largest AI program, that generated a lot of research on how to do natural language, understanding intent understanding, and task modeling." Additionally, there are networks, and location and time-aware devices with voice input.

So, what's the goal of a virtual assistant? Can it be your virtual therapist?

"The goal is to make a virtual assistant. You don’t have a lot of emotional contact with your assistant, it’s professional. You don’t ask your assistant, 'Should I go on this blind date?" Siri won’t answer those things," said Gruber, adding: It’s part of our challenge in setting expectations. Google produced expectations about what search engines can do. Siri has to do the same.

(Note: Next segment to be released soon – Gruber talks about how Siri plans on making money) 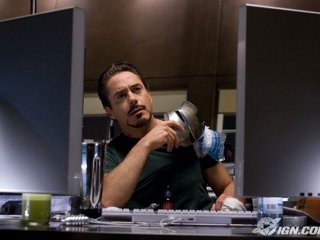 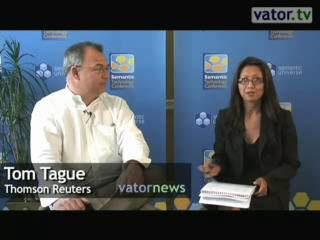