These days venture capital firms are struggling to find an exit as the venture industry endures the worst liquidity drought in years. Today's tough economic climate has given direct secondary market companies, like Saints Capital, an opportunity to buy portfolios at discounted prices.

BF: We've been talking a little about the favorable environment for you to buy the venture back deals with discounts. I'm curious. Who who is selling the assets and what kind of firms are selling?

KS: It's really a broad base of sellers. We did transactions last year from publicly-traded business development companies that had investments in the space, like Safeguard Scientific. We also did transactions with corporations, who for strategic and capital reasons, decided to transact. We bought a big portfolio of assets from Boston Scientific. We've also transacted with Innovacom, a French-based venture capital firm. We've done transactions with hedge funds, with founders who needed liquidity, with banks, and other financial investors, and with limited partners that were looking to reduce their exposure to venture capital.

KS: It is a very confusing term. There is a large number of large players who are called secondary firms. What that vernacular refers to is people who buy stakes from limited partners, such as universities.

BF: Industry Ventures, which raised over $200 million dollars, is a secondary market player, right? They don't really compete with you?

KS: They invest in limited partner stakes. They will be a general partner who will receive management fees and carry. Industry Ventures will charge their limited partners money, fee and carry. Keep in mind, the secondary market is in the billions. There are many firms, like Lexington Partners, Coller Capital, HarbourVest, Paul Capital, and Adams Streets, in this market. And, many of those folks invest in us. We're different in that there is no intermediary. We sit directly on the boards. We manage those investments. We don't pay management fees or carry to anyone else.

BF: So on that note, you sit on the board of these companies. Do you also have funds to re-invest?

KS: Oh, absolutely. So part of the reason where people will consider selling a stake is there are future capital obligations. These companies need more money. So even if a VC has put $10 to $20 million dollars into a company, they may say that there's another $10 million still required and they may or may not fulfill that obligation and continue to support that company. We'll often step in and provide additional follow-on capital. This does not happen in all cases but in many cases, but we will step in to help make a company grow and be successful.

BF: What about your exit opportunities?

KS: Keep in mind that the structure for most venture capital funds is that they are a 10-year life. In a period of time, the average exit is seven to eight years and if you think of a normal distribution curve around that, there might be several companies that might 12 or 14 years. If some of the investments done in year three to five year of the fund, the historical structure of the fund model doesn't allow enough time to truly cover all of these exits. So what we do, is we come and buy assets that are aged. The money has been invested for a while and may be in the ground for four or six years. We understand our holding time may be up to eight year.  So we are re-setting the clock and buying these assets after they've been around for a number of these years. Our exit structure is like most other venture firms such as an IPO or strategic exit.

BF: What about the investments that you've made in the past? Are you seeing any exits?

KS: Both 2007 and 2008 were both reasonably good years. In 2007, we had seven IPOs.  And in 2008, we had one IPO and fortunately that company did quite well. But overall, we suffer from the same challenges that other VCs face today.

BF: Well congratulations and thank you for your insight on the secondary market. 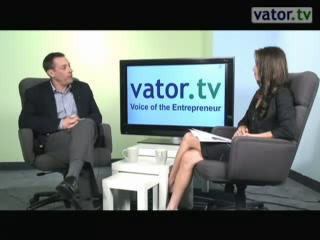 Over-communicate with your stakeholders 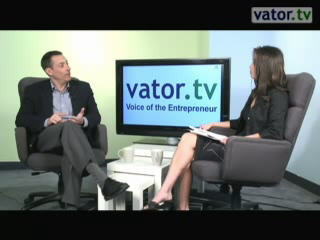