Static display ads are generally ignored by the video consumer and have become increasingly ineffective with very low click-through rates. Online advertisers and brand marketers have been working on ways to make the advertising experience more meaningful for the viewer beyond the click. An approach that is both innovative and proven successful is online video advertising. Video ads are a way for viewers to engage with the ad and get the full brand’s message through a sight and sound. As an ad unit they offer value to the advertiser and control to the user experience on how they interact with the ad.

In a recent Beet.TV video interview, comScore’s co-founder and chairman Gian Fulgoni said that online video advertising is driving lifts in performance of 40 percent and higher in terms of buying a product or service. In speaking with Daisy Whitney, Fulgoni added, “The reason advertising works well on TV is it has sight, sound and motion, and you have that in online video. It’s easier to communicate a message and easier to persuade people.”

Mixpo, the Seattle-based online video advertising technology company is finding similarly strong results with advertisers through its video advertising technology platform deployed with local media publishers – where they have run online video banner ad campaigns for thousands of advertisers – including Comcast Spotlight, NBC Local and Tribune, among others. Mixpo’s Chief Marketing Officer Glenn Pingul, recently began compiling results based on campaigns to demonstrate the effectiveness of online video advertising. To date he’s pulled together half dozen case studies spanning campaigns involving advertisers in the arts and entertainment, automotive, travel and sports categories. He posted the data on Mixpo blog here: Serious about Business: Capturing the value of VideoAds and on VatorNews.

Through this sampling, Mixpo found the engagement rate of VideoAds averaged three to six times (plus) the average click-through-rate; 65 to 80 percent of the VideoAds watched regardless of length and almost half of viewers watched the entire video; and adding actions, such as promotions, lifted engagement rates exponentially – just repurposing video is not the magic formula. Right now, these results do not name specific advertisers. However, Mixpo is working on that and will have further results revealing advertisers in the near term.

I spoke with Anupam Gupta, CEO of Mixpo, following Mixpo's OnMedia 100 Award and $4 million follow-on investment on how his company is innovating in the online advertising space. It's interesting to note that this interview predates the Beet.TV comScore interview as well as Glenn Pingul's recent findings of much higher engagement rates than what Mr. Gupta states in the interview.

Anupam Gupta: As you know, we've been building out our platform over the last 18 to 24 months. So the initial part of the funding, when we initially engaged our investors was all about product development and validation. Refine what we're doing based on really good solid customer feedback and that's the philosophy we've taken from the beginning. You're beginning to see the fruits of that labor in the sense that the platform is very solid it delivers what it's meant to and we've deployed it in different publisher partners like you've seen.

So now it's really part of our expansion and expansion to me means a couple of things. It means obviously all the business metrics that we care about, more customers, more revenue but more importantly it also means continuing to deliver on the promise that we are working on and that promise is all about that video ads can be a very effective form of online advertising. So in that, I think we're at the very beginning of all the things we want to do and everything we do approaches it from a platform perspective and not really an agency perspective. And what I mean by that is because we're a technology company we've built the core things in our platform that allows our partners to show that video ads are more effective to the advertisers to establish that trust relationship and also to make money. So to boil that down, it's sales and marketing expansion very much on our partnership strategy as well as continuing to innovate on the product side.

LK: How about coming from the the OnMedia conference, any resounding themes? Key learnings?

AG: I wouldn't necessarily say that there one big learning and don't know that you have to have anything. The. one thing I would say is that the conference was expanding the networking opportunities for us for sure because it's a different ecosystem. A lot of it is New York brand agency oriented and we just operate in a different ecosystem so far but we do see opportunities to expand based on there's a lot of cool innovation that's going to come out pretty shortly. So I think from that perspective it was good to understand a slightly different facet of online marketing and I'm sure we're going to have a lot more conversations in that ecosystem moving forward.

LK: It seems too that marketing is picking up and you're getting your message out. You've had quite a bit of coverage by Mark Robertson on Reel SEO, but I saw your Crunchbase profile and it seemed to be a little light in the company profile and I imagine that's part of the marketing effort to get your message and to build your brand. (Note: Crunchbase profile has been updated with more company information)

AG: I think that's right on, you know the thing that I would say is that we've taken very much a B2B approach so we are not going directly after advertisers. We are working publishers and other partner who already have advertiser relationships. An even if I boiled it down, There's a couple of sub-segments of the local media industry we're going after. Cable, that's we're are relationship with Comcast comes in. Public TV, we have a couple partners in that category, newspapers and radio. So those are the sub-segments we're going after and I think from a true marketing perspective what we find is that it's really reaching the influentials and the decision makers in those segments and obviously if you have proof points around what others are doing with you and how that's driving tangible results. So in some ways I think our marketing approach is a little bit different than if you were going directly after advertisers like a few others in the space.

LK: In terms of replacing the static banner or as Bambi Francisco wrote "Mixpo is out to kill the banner ad" what do you see obstacles around the adoption of videos replacing the banner ad and getting a bigger footprint this year?

Let me start out on why I think that's gong to happen first and then come back to it. The way we look at it for our platform is that we're trying to make it extremely affordable and expand the base of advertisers who can leverage all this richness of interactivity that we've built into the platform and that does not necessarily require big creative fees or production or agency relationships. That's what we're really doing today.

If you take the national level and you look at what's happening between display and the percentage of display that's already turned to rich media, and when you're in the form of rich media it's a lot more engaging but if you look at that, and I don't have the exact numbers but I think it's 16-20% maybe more. So it's driven a lot of penetration already and the reason for that is because those ad units just tend to perform better and engage your viewers in a much better way, and it's just a more interactive experience. So it also comes with a kind of bit of cost. Now in our platform you don't necessarily have those kind of costs because there's lots of different ways of putting creative together.

So I think applying the same analogy to the space of advertisers that they are going after, one would think that penetration of display ads which is just a big big market at the local level it's going to give us the same kind of numbers, or maybe more. Now the thing that I think about video as an advertising format for local advertisers is important is because local advertisers don't necessarily have an established brand that they've been spending millions and millions of dollars on marketing, unlike the brand advertisers, and therefore gives them an opportunity in a very authentic informative way to get the message out and drive some response.

So based on those two factors I think that it has a lot of room for growth and I think we're at just the very beginning.

Now coming back to your question about obstacles I think the natural one there is around sophistication of the advertisers around content. Those are just friction points that have to be managed not that they can't be managed. I think what we have adopted as a strategy that says we're going to work with partners who are already have a highly trusted relationship with these advertisers. They're already talking to these advertisers they are already providing advertising solutions and if we provide them with a way to enhance what they're doing then you get over those obstacles of reaching those advertisers as well as servicing those advertisers. That's just the hard process that we've taken to get over those obstacles but they are real obstacles. 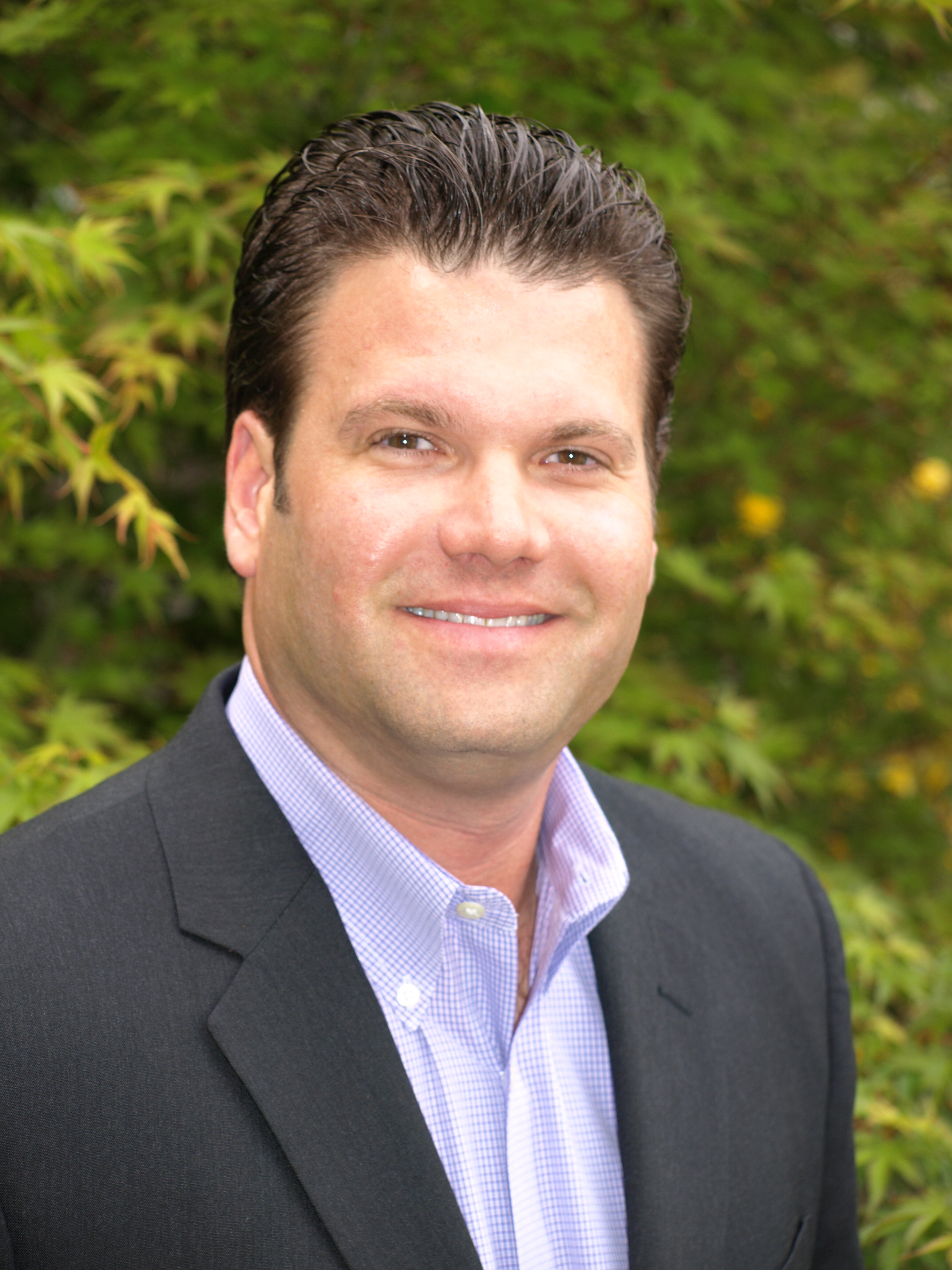