As online video consumption continues to grow across the Web, video analytics and distribution tools continue to be in need.  Earlier this month, Visible Measures raised $10 million for its video analytics tools.  TubeMogul, which also tracks videos isn't getting left behind.

TubeMogul, an online video analytics and distribution service, has raised $3 million in funding from Trinity Ventures.

The company was founded in 2006 by Brett Wilson and John Hughes, both who met at UC Berkeley grad school.  TubeMogul opened its free beta in November of 2006 and began offering premium paid services in January of 2008.  With this round of financing, TubeMogul's total funding comes to $5.2 million.

Dave Toth, an early investor in Tube Mogul, believes the company will be cash-flow positive by the fourth quarter of 2009.  The company offers free services for video syndication, but the big bucks come in from its premium services which start at $500 per month.  Some of TubeMogul's more well-known clients include, CBS Interactive, ABC, PBS, SONY and WB.

The Emeryville, Ca., company wants to make it easy for anybody to upload, distribute and track online videos.  It plans on using this investment to improve on these services and accelerate what it explains as the, "standardization of its online video analytics." 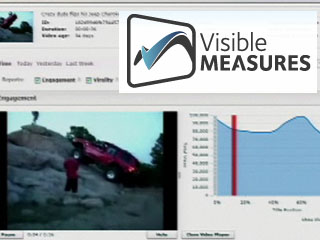