No matter how hard you tap a newspaper, it doesn’t take you to another newspaper, or to Wikipedia, or to the Library of Congress, or to a dictionary. Newspapers are the ultimate WYSIWYG. And, that’s it.  You get what the publisher gives you, plus some ink on your fingers.

Not so with an online article. What you get is a lot more than what you see at first blush. If the article is sourced correctly, its embedded hyperlinks serve as a roadmap to a deeper understanding of whatever topic the article happens to be summarizing.

I’ve always been a big fan of hyperlinking inside of my stories. For many writers, however, the process is cumbersome, and in the face of a publishing deadline, it's often overlooked. Other writers just have an aversion to linking as it's often synonymous with driving people away.

Yet, in light of the new news paradigm, hyperlinking is a must. The good news is that publishers might not have to drive readers/viewers away while providing them deeper meaning and context of a story. That's thanks to Apture, a startup that provides publishers with tools to layer in content onto a news article, thereby keeping theiraudience on their site.

“We immediately saw the potential for the Apture technology platform to turn online publishers into Web guides, and fundamentally change the way content is produced, consumed, and monetized on the Web," said David Stern of Clearstone Venture Partners.

Indeed, Apture, which raised $500,000 in angel funding in July 2007, is advancing the way publishers can think about producing their content.It's already signed on the Washington Post, Reuters and the BBC as customers.

Publishers lose up to 30%of their traffic to Google, because people leave to find information related to an article, said Tristan Harris, co-founder and CEO of Apture, who recently visited the Vator studios. In other words, for every 100people reading an article, 30 will leave to search on Google for more information.

To this end, why wouldn't publishers want to keep readers on their site? argued Harris.

Thelikelihood that a reader will click on an Apture hyperlink is 10%, said Harris. Additionally, for each window that's opened, a reader stays on40 seconds longer. And, on average a person opens two windows, he said.

In this video interview, Harris demonstrates how the Washington Post is using Apture. For example, we looked at this article, titled: "Senate Could Give New President Early Legislative Victories."

The Washington Post selected to hyperlink the name Amy Klobuchar to more information, such as her biography, her financial disclosures and her voting records.

You can see from the pop-up window that readers don't have to leave the Washington Post site to find out more information. What's more, the hyperlink doesn't just link to one source, but multiple sources.

From the standpoint of implementation, the Apture publishing tool is very easy. Publishers can easily highlight a keyword they'd like to hyperlink resources to, and do so from a pop-up window rather than going to a separate publishing platform.

As an online publisher, I see real value in this service.

To me, creating online news requires a producer's mindset. It's notjust solely about the text. It's not solely about the video. It's abouttext, images, video, transcriptions, and a slew of information sources,such as Wikipedia, to provide context and meaning to a particularstory.

So, how does Apture make money? You'll have to stay tuned to our next interview.

Apture provides tools for bloggers and publishers to easily layer in rich media so users can see, hear and truly immerse themselves in the ideas on the page.

Withjust one line of code, publishers and bloggers can quickly and easilyturn flat pages of text into a compelling multimedia experience. Apturegives content creators the power to find and incorporate relevantmultimedia from more than thirty sources directly into their pages. Readers can then accessthese items without ever leaving the page, providing them with a deeperand more meaningful web experience. 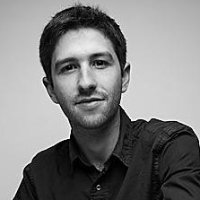 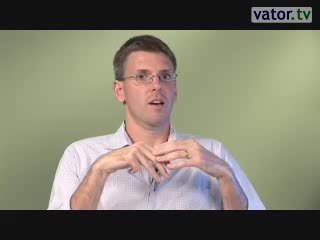 A look at how-to video sites and in-text ads 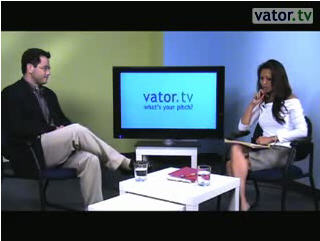