The crisis began when the Associated Press reported on February 3, 2009, that Wells Fargo was taking its home mortgage executives to Las Vegas for an internal sales recognition event. Although the event had been scaled back, the company decided to cancel the event outright. The blog post responded specifically to items in the AP report that Wells Fargo believed was misleading, such as the use of the word "junket."
In this second interview with Ed Terpening, Wells Fargo's VP of Social Media, Ed said the official response from the company came as a press release and then was posted to the blog immediately, versus the one day turnaround needed to post something on the corporate site at wellsfargo.com. For him, the benefit of using the blog was to also use all channels possible, especially one that already had a lot of readers and engagement.
The post received quite a few comments, not all positive. Ed described how Wells Fargo moderates comments, deciding what can stay and what gets deleted based on a number of criteria such as whether it is on topic and refrains from personal attacks. They don't moderate out comments that are negative, recognizing that some people are frustrated and that this is a legitimate channel for them to engage with Wells Fargo.
To manage the blog, the two bloggers from Wells Fargo and Wachovia, respectively, each spend about 15-20% of their time on blogging. An editor reviews the posts and offers tips on how to make them more conversational. There is also a program manager. In all, there are 3or 4 people contributing to the blog, but none of them doing it full time. Ed shared, "It's a significant effort, but compared to radio, it's a lot less".
Finally, Wells Fargo measures the blog in two ways: 1) Engagement - for every post, how many comments; and 2) Sentiment - negative versus positive. Interestingly, Ed shared that 8% of comments on the Wells Fargo -Wachovia blog are negative, versus 3-4% on their other blogs. It's higher because of the frustration, but it's interesting that it isn't higher. Ed shared, "People want to be constructive, they want to be part of the solution."

Helping leaders thrive with disruption as a Principal Analyst at Altimeter, a Prophet Company

Read more from our "Socialize This" series

Channel 9 - How Microsoft launched it

How banks can blog without getting in trouble 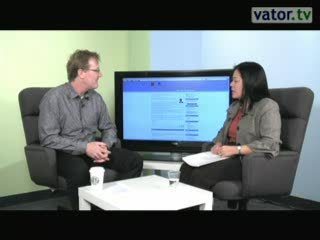