CEO Michael Lazerow on why Fox News, and others are paying up for fans on social networks

Over the weekend, I had a discussion about online advertising with friends. The point I made - which I will likely write at length about in the future - is that no matter what any advertiser/marketer tries, the conversion rates will never get much higher than where they are today and have been. Nonetheless, there is a constant inflow of upstarts trying to be the matchmaker of ad and person. In particular, these days there is an emerging ecosystem around social network marketing, as startups seek to the close the gap between time spent on social networks and the amount of advertising dollars going to them.

Buddy Media - which started in the fall 2007 and has raised $8.3 million from high-profile angels, such as Peter Thiel and Mark Pincus, as well as venture capitalists, such as Greycroft, Softbank, Bay Partners and European Founders Fund - is one such company. Founded and run by Michael Lazerow, Manhattan-based Buddy Media appears to be going great guns. According to Lazerow, the company, which employs 30 people, is nearing $1 million in monthly revenue by creating interactive applications for social networks, promoting them and then tracking/measuring them. (Watch the first interview with Lazerow where he demonstrates the InStyle hair makeover app.)

"We get paid to build, promote and track," said Lazerow, in this interview, the second of several we had done at the Vator studio in San Francisco. Buddy Media works with a number of clients who want to reach the half a billion people on social networks.

"All media companies have taken a page out of Barack Obama’s playbook, [by trying to] leverage social media," said Lazerow.

One of the companies is Fox News, one of Buddy Media's clients.

Anyone who has visited the Fox News page on Facebook will have noticed that the network has more than 92,000 friends (up 15% from 80,000 at the time of President Obama's inauguration last month.)

Can Fox attribute its growing fan base to Buddy Media? I asked. To some extent, yes, Lazerow replied.

While the big media companies are great at creating content, they have "no [good] way to import it into their Facebook presence," he said.

For Fox, Buddy Media built a simple video player that allowed users to consume it in Facebook and easily share it with their network. This is the importance of being in Facebook, said Lazerow. “You’re not watching on an island, but you’re watching on a communal island.”

Fox spent under $100,000 to build out this presence, according to Lazerow suggested. It can also use the app to sell to its own advertisers and sponsors. Unlike Watercooler, Buddy Media is not in the business of bringing advertisers to the apps. Buddy Media works as partners with the brands, charging them $1 per subscriber to an app.

Today, Buddy Media has 50 customers, of which 40 are repeat, and it's done 80 campaigns. Anheuser-Busch is one repeat client that Buddy Media has done half a dozen campaigns for, said Lazerow.

Buddy Media is definitely an intriguing new play on advertising across social networks. Banner ads are being ignored on content sites as it is. How much more on social networks, when everyone is consumed with... well socializing. Lazerow, a serial entrepreneur with a lot of wins under his belt, is also a good person to bet on in creating some value in this company.

But whether social apps really deliver a better targeted customer to the marketer is yet to be seen. After all, we haven't seen how engagement translates into consumption. And, at some point, who's to say that social apps won't be another form of annoying banner ad, though more insidious because they come in the form of an invite from a friend.

Whatever the case may be, there will always be innovation in advertising as there has to be to accomodate the changes in behavior and consumption. Whether the innovation improves targeting is another quesiton. The good news is that marketers will keep on spending to find the right solution. 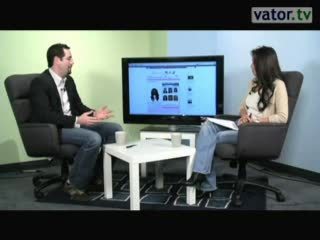