The costs of delivery still makes it prohibitive to be competitive

For grins, let's say you want to start a business for which you want to stream, live or on demand, any video. Any quality. You want the ability to reach merely 10k simultaneous viewers.  Not a big number. In fact, it's a tiny number.  It's certainly not competitive with any form of traditional TV, but it's a starting point. So to stream 10k simultaneous streams, what are your choices ?

Can you just do it from a PC in your dorm room? From your house on your cable or DSL line? No.  You will need an outside vendor in order to offer a mere 10,000 simultaneous streams. Which leads to the question of who can provide a service as simple as 10,000 streams ? Who can do it with any level of reliability ?

So what are your options  ? You have a single option. You have to use a Content Delivery Network (CDN). CDNs specialize in delivering content that needs to scale to large numbers, and 10k simultaneous users, particularly if its sustained for any period of time, like a cable network would be, is considered a large number.

When Youtube did their big  live event, they used a 3rd party CDN.  Any large scale event streamed to thousands or hundreds of thousands of simultaneous users is going to require hiring and paying a CDN like Akamai, Limelight or one of just a few others that can offer scaled streaming.

There in lies the rub. There are only a  few CDNs that can offer any level of scale for delivering video to an audience that is large by internet standards, but very small by cable or satellite standards.  There is not a single CDN that can deliver 2 or more  video streams concurrently to more than 1mm simultaneous viewers.  Not one. Anywhere.  There are probably 3, maybe 4, that on a perfect day might be able to deliver a single video stream to 500k simultaneous viewers.

On the flip side,  there are at least 8 large cable and satellite video distributors that can deliver 100 or more video streams, concurrently,  to a million or more simultaneous viewers.

The Great Internet Video Lie is that the internet opens distribution to compete with the evil gate keepers, cable and satellite.  In reality, if you have a desire to deliver a large number of streams, and you want to compete with another internet video provider to offer a large number of streams, you are not in a very good position. You are at the mercy of 3 or 4 CDNs, the ultimate internet video gatekeepers

Let me put this another way. Lets say you have your “Worlds Greatest Concert” that you are sure can draw 500k simultaneous streams (on demand or live) . Also planning to stream a large event, lets say the first broadcast of Dark Knight 2, which the producers will stream live at the same time, and oh my goodness, the remaining Beatles decide to have their final reunion with a single live concert at the exact same time. 3 Mega events, each with an expected draw of 500k simultaneous users. Who has the greatest opportunity and the most leverage ?

That's easy. Its the CDNs. You have so few choices of vendors that the CDNs can charge whatever they want to handle the event. And thats for one single event. You don't want to know about costs for 24×7 streaming for viewership levels of even small cable networks.

The internet is not an open video platform. Video distribution of any scale places you  at the mercy of just a very few CDNs.  You literally have to compete for timeslots for very large events.  If you want an interesting excercise, call up a CDN and ask them how much it would cost to support an audience that is never smaller than 10k simultaneous viewers for a 1mbs stream, 24 hours a day, for 365 consecutive days. Then call up one of the satellite providers and ask how much they would charge you to deliver to 100pct of their customers, and then call up a cable company and ask the same question.  Total up the cable and satellite numbers and compare them to the internet costs. You may be surprised to see which is cheaper.

If you have dreams of competing with traditional TV network viewing numbers using the Internet, dream on.  You cant afford it. You have been sucker punched  by the Great Internet Lie. 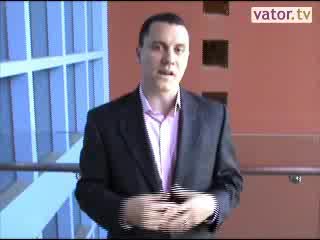 Like it or not, the pre-roll is the video ad format of choice right now