She may be old, but she's tough.

Investors are warming up to Yahoo's new CEO Carol Bartz.

Shares of Yahoo rose about 3% in mid-day trading, after starting the day weak, and after a decline of 1% on Tuesday.

This on news that Yahoo has formally hired 60-year-old Bartz, a former CEO of software company Autodesk. Yahoo also said that Sue Decker, who was in the running for the position, will be leaving the company.

Since news leaked Tuesday, the market has been abuzz with their disappointment, pointing out that Bartz lacks media and M&A expertise. At Sanford Bernstein, analyst Jeff Lindsay, said that Bartz was "safe" but "uninspiring."

But others aren't so critical, pointing out that Bartz may provide a fresh blood infusion.

On Wednesday, Citigroup analyst Mark Mahaney, said Bartz was a "good" pick, despite her need for "Freakin breathing room," hinting that she and Yahoo needed some time to assess the landscape before making decisions.

It's a telling sign of hutzpa, a characteristic that may be needed more than experience in media and M&A experience. In fact, one media executive said she is "smart, tough, pragmatic" and a "hard ass."

Bartz also has some impressive credentials, albeit ones that may not work for Yahoo. Bartz was a highly-effective CEO over 1992-2006, according to Citigroup analyst Brent Thill. Bartz also helped grow Autodesk into a $4 billion market cap company with a revenue-run-rate of $2 billion-plus.

Still, it's unclear that this boss is the right candidate. While she doesn't have M&A and media expertise, it's unclear she has the vision to reshape and redefine Yahoo - and that is probably the most critical thing she can do. 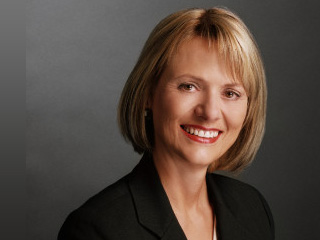