Flat is the up 20% in online advertising

From where I sit, it appears that the online advertising business has not yet fallen off a cliff. But what happens when ad buyers start spending 2009 ad budgets instead of working off the end of 2008 ad budgets that were set in a different economic environment?

That's a question I've been pondering for months and have mentioned once or twice on this blog.

Yesterday, I saw my friend Andy Monfried, founder and CEO of social ad network Lotame, had done a quick twitter poll on the subject. I decided to follow his lead and do the same:

I got 16 responses that were tagged #2009budget and a few more replies directly to me. Here's the summary of the replies.

So it seems that most people working in the online ad business are expecting online ad budgets to be up slightly in 2009. I tried to quantify everyone's comment and then I took the average of all of those guesses and it works out to be about up 2%.

It's worth noting that there are a few people who believe online ad budgets will be down pretty large amounts in 2009 and it's also true that several of the people who commented were more specific about the ad budgets they were talking about. One area that is clearly more healthy than the entire sector is health care related online advertising which is expected to have a strong year.

And it's also worth noting that words like measurabe, ROI, search, and CPC were all cited as stronger growth areas. I think it's pretty well understood that money is going to move from less measurable (branding) to more measurable (remnant banner and search).

It's not entirely clear where emerging forms of media will come out in 2009. This includes all sorts of engagement oriented marketing and of course, social media advertising. I suspect if it's not proven to achieve key performance metrics, it's at risk in 2009.

Anyway, this exercise was very helpful to me.

I've thought for a while now that the mantra for 2009 is "flat is the up 20%" and that appears to be the case in online advertising too. 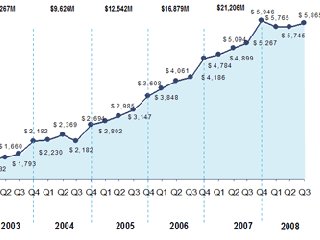 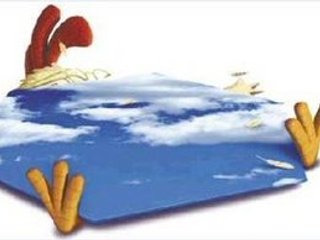 Is the sky falling on online advertising?