Huffington was on a panel at the final day of the Web 2.0 Summit in San Francisco. She was joined by moderator John Heilemann, author and writer for New York magazine, and panelists Joe Trippi, political strategist who worked with Edward Kennedy to Howard Dean, and San Francisco Mayor Gavin Newsom.

Heilemann opened the panel by saying that the Internet played a breakthrough role in this year's presidential elections. No one agreed more than Huffington.

Obama new how to galvanize forces to both fundraise and organize, she said.

By comparison, the McCain campaign "clearly, didn't have a clue."

She went on to say that the problem with the McCain campaign wasn't "the age of the candidate, but the age of the ideas."  She didn't hold back.

The truth will prevail

Importantly, Huffington suggested the Internet was a great truth-telling machine because of this "obsessive compulsive disorder" bloggers tend to have. For better or for worse, no issue is left untouched, without thorough investigation, or at the least thorough blogger input.

She brought up the time when Sarah Palin, "flip-flopped on the Bridge to Nowhere. The "bridge" is often referred to as an example of excessive federal spending.

Due to obsessed bloggers (like Huffington, of course), Palin, who said she was against the bridge was outed. She actually supported it at one point, according to Huffington and other reports. The ability for this type of reporting or truth gathering was not there in 2004, she said.

In like vein, accusations that Barack is a "socialist terrorist," aren't holding up, she exclaimed.

"Somehow it was not believable, because the truth kept actually intruding into people’s rooms in such a way that it was not possible for that completely delusional fearmongering to prevail.

"That was the greatest success of the ’08 race."

Indeed, she's right. The Internet does help the truth come out. But it's a double-edge sword. It also is a big propagator of lies as well. But I guess there was no reason to bring that up. 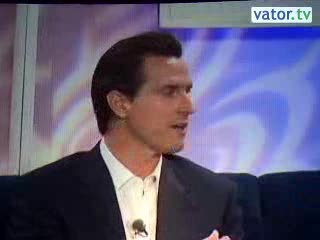