As Google is set to launch G1, Smaato's Harald Niedhardt talks about trends in ads on the go

Despite eBay's disappointing quarterly report, which was worse than expected due to economic conditions, the company's mobile traffic is skyrocketing. In August, eBay had 3.3 million unique visitors on mobile phones, up 65% from the prior year, according to Nielsen Mobile. On October 22, Google and T-Mobile are set to release G1, a handheld computer using Google's Android operating system that is akin to Apple's iPhone. One difference is that the G1 has a physical keyboard. Google CEO Eric Schmidt has predicted that mobile advertising will trump ads on the desktop. "We can make more money on mobile than we do on the desktop, eventually," said Eric Schmidt, in an interview with CNBC's Jim Cramer, back in August.

Despite the fact that the economic slowdown is putting a crimp on advertising, particularly mobile ads, as reported by mocoNews, the opportunities to place display advertising on mobile devices have never been more promising.

"With the advent of the iPhone and Android, there's a lot of creativity," said Harald Neidhardt, CMO and co-founder of Smaato. What's more, display advertising may actually work well with the plethora of applications, widgets and mobile games being created. The beauty of "applications is that you can target within that context," said Harald. For instance, if someone downloads a poker game, you know you can target poker chips or cards to them. Or, if someone downloads a diet application, you can target specific diets.

Additionally, often games are played offline, said Harald. But Smaato's technology allows the advertisement to be cached, so if a person is disconnected and playing a game - say while in an airplane - the ad can still appear throughout the game.

Harald said that a lot of work still needs to be done, particularly on the advertising agency side. "Agencies aren't necessarily innovators," he said.

But already there are five standard banner ads for mobile devices. The CPMs aren't bad either. They range between $5 and $38 in the U.S., he said. In Europe, ads are a lot higher whereas in India, CPMs are down to $1.

(Editor's note: Smaato is running a competition on Vator.tv. The winning mobile application company will have flight and hotel paid to Barcelona for the Mobile World Congress in February 2009.)

Smaato provides Ads for Apps – operating the leading mobile advertising optimization platform called SOMA. More than 40,000 app developers and premium publishers have signed up with Smaato to monetize their content in 230+ countries.

Smaato is an active member of the Mobile Marketing Association, Singapore Infocomm Industry (SITF), Singapore IT Federation and the German Digital Media Association BVDW. Smaato received a Top 100 Private Company Award by AlwaysOn Media (2011, 2009 & 2007), is one of the AlwaysOn Global 250 winners in the Mobile category (2011), was named a “company to watch in 2010” by Financial Analyst company GP Bullhound and recently was nominated finalist at the EMMA (Effective Mobile Marketing Awards), among other awards.

Smaato Inc. is based in San Francisco, California. The privately held company was founded in 2005 by an experienced International management team. The European headquarters are in Hamburg, Germany and the Asia-Pacific presence of Smaato has been established in Singapore. 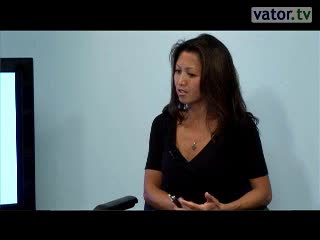 Win a trip to Barcelona 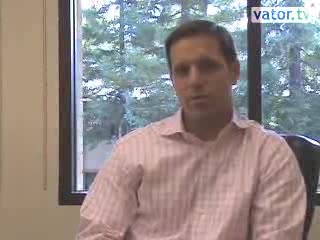 Mobile search opportunities among the giants