It seems that teens in the EU are falling victim to the mobile ringtone market with hidden fees!

As a teen myself I am always enjoying a lot of content on my phone, not so much ringtones but lots of other forms of media such as video content and pictures. But it seems that ringtone companies ripping off users with "hidden charges" are most successful with teens in Europe, the European Commission sent out warning today for teens to watch for hidden fees that may be charged such as recurring weekly fees taken out of teens phones and continous subscription that prove hard to stop. I must admit I fell victim to such a company once, but however the STOP command actually did work. It doesn't happen to be the same for everyone some figures coming out said that teens would pay as much as £12 per month in the UK to stay subscribed to the ringtone packages.

It seems EU Commision officials simply aren't happy with the "scam artists" of the ringtone market, my primary question being how did the Crazy Frog become so popular when the company behind that were running exactly the same programme for ringtones as the EU is trying to stop now, yet they allowed it to continue, back then there were accusations of the adverts being misleading and that was back in 2005 so where have the EU Commision been for the past three years?

Perhaps it has been the overall issue of roaming texts and call in Europe that had momentarily diverted their attention, but all the same shame on the EU Commision for not being more forceful with this matter!

So how much longer will either the companies keep ripping off teens or the teens keeping falling for the same old trick?

Phonevite is the award-winning most popular, easiest-to-use, community-based voice broadcasting service.    Created by pioneers of VoIP, whose previous start-up was acquired by Yahoo!, Phonevite's advanced internet telephony service is currently used by thousands of churches, schools, boy/girl scouts, sports leagues, municipalities, non-profits and other similar organizations to broadcast time-critical alerts, reminders and notifications, over the phone to their respective members.

mobileStorm CEO Jared Reitzin talks about his company: The past, the achievements, and the future of this cutting edge digital marketing company called mobileStorm. 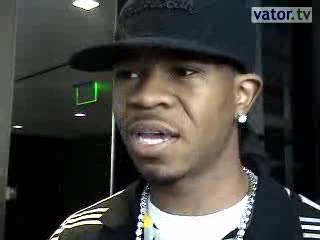 Chamillionaire on his digital strategy beyond ringtones